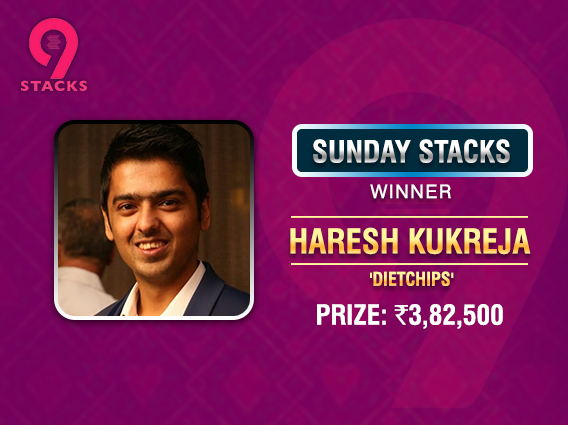 
9stacks is one budding website among the Indian online poker scenario which is steadily gaining steam in the industry. It has, over time, introduced many tournaments and series which have become popular among the poker masses of this country. It is now among the leading websites of the scene.

The tournament has a guaranteed prize pool of INR 15 Lakhs for a buy-in of INR 5,500. Yesterday’s Stacks attracted a total of 201 entries (63 re-buys), who collectively coughed up INR 10,05,000, five thousand extra than the guarantee.

Kukreja is better known by his nickname though, Kavish, and has been around the circuit for quite a while now. He just won The Vegas in PPL Winter Edition two days ago. He also topped the final Ace Race Leaderboard on Adda52, showing his dedication for the skill-based game. Kukreja is an accomplished live player as well and has cashed out many times in various tournaments all over India. He also won the Deltin Poker Tournament (DPT) Main Event back in 2017.