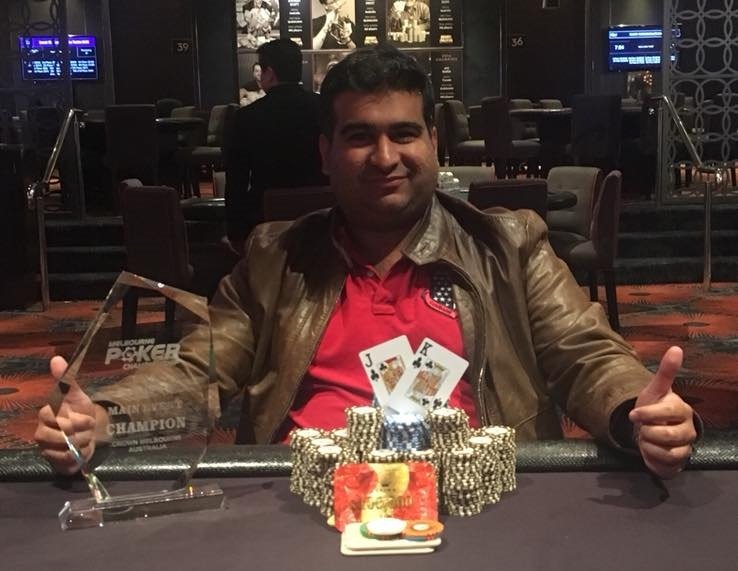 
The much-awaited Melbourne Poker Championship was contested to kick start the month of August. Between 1-3 August, a total of 15 tournaments were played at the Crown Melbourne, with hundreds of players from different parts of the world participating in the series.

The series was a trailer of what you can expect at the Aussie Millions at the start of 2019, and it all came to an end with the highlight of the series – the Main Event. Outlasting this field and beating some of the country’s wealthiest poker players was Indian origin player and Melbourne’s very own, Gautam Dhingra.

While most of the participants were from the home country, Dhingra faced Korea’s Hyung Tai Kim in heads-up, who lost to Dhingra’s Ks Js in the final hand and walked away with the runners-up prize of AUD 124,424. Dhingra’s previous best was $29,433 he earned for finishing fourth in an Aussie Millions tournament back in 2011.