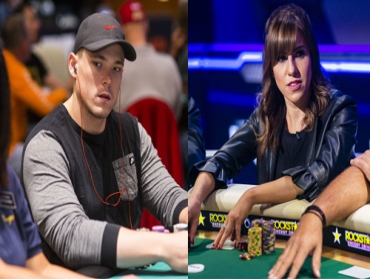 Foxen and Bicknell win GPI Player of the Year again!


The Global Poker Index (GPI) releases a list of poker tournament players in the world considering their results over a six-year period. Maintaining consistency in poker is difficult to achieve as skill plays an essential role in success. However, a late-season victory at the Bellagio turned tables and the United State’s poker pro William Alex Foxen came back on the top of the race to hold the GPI Player of the Year title (POY), achieving a feat that has never been done before!

December proved to be a strong month for Foxen to finish the year with 3,806.09 points, edging out several poker players who eclipsed the 3,600-point mark, namely Sean Winter, Bryn Kenney, Kahle Burns, and Stephen Chidwick. Foxen trailed Chidwick in the GPI POY race in mid-December by nearly 400 points and last year, the English poker pro was runner-up for the POY and in 2017 he was recorded for having finished third.

Kicking off his year, Foxen had some major finishes like PokerStars Caribbean Adventure (PCA) in the Bahamas, finishing 2nd and 3rd in two $50k buy-ins event at the PCA. Eventually, he made on to final tables at US Poker Open, Seminole Hard Rock Poker Showdown, EPT Monte Carlo, Triton Poker Super High Roller Series, EPT Barcelona, and Poker Masters.

In 2019 WSOP Las Vegas, the champion finished in the money in 10 events and 6th in the Platinum High Roller tournament. Foxen stood 12th in the world before the start of World Poker Tour (WPT) end of the year tournament, where he not only played the $10k buy-in WPT Five Diamond World Poker Classic Main Event in Las Vegas but captured the title that secured him a marvelous 690.65 points. This was the biggest achievement that sent him to shine in the GPI POY list!

The year saw Foxen having $6.34 million in total live earnings which further boosted to become $15.2 million and in the past 13 months, he has been recorded to accumulate $8.5 million flows of cash. However, other players closely following the heels of the champion include Chidwick with 3,674 .16 points, Mateos with 3,466.09 points, Winter with 3,356.09 points and Anthony Zinno with 3,352.33 points.

Yesterday the GPI also announced several other players of the year honours based on the performances during the calendar year:

For a record third year in a row, Kristen Bicknell topped the rankings for women in the game to become the Female Player of the Year in 2019. She also ended the year in 16th for the overall 2019 POY rankings after resting at 27th place the year before. The Canadian poker pro cashed 36 times during 2019 for more than $2.4 million, doubling her 2018 winnings.

Bicknell started her year with two cashes at the PCA and a final table in the Aussie Millions $100K Challenge in Australia followed by final tables at the US Poker Open, L.A. Poker Classic, Seminole Hard Rock Poker Showdown, and won an event at the EPT Monte Carlo. She championed Aria Summer High Roller, and final tabled the partypoker MILLIONS Europe Triton Super High Roller. After all, she finished the year by winning at the Poker Masters and the final tables at the WPT Montreal and partypoker MILLIONS World Bahamas. For more poker news and updates, as well as updates from the gaming industry around the world, keep reading GutshotMagazine.com and stay tuned!