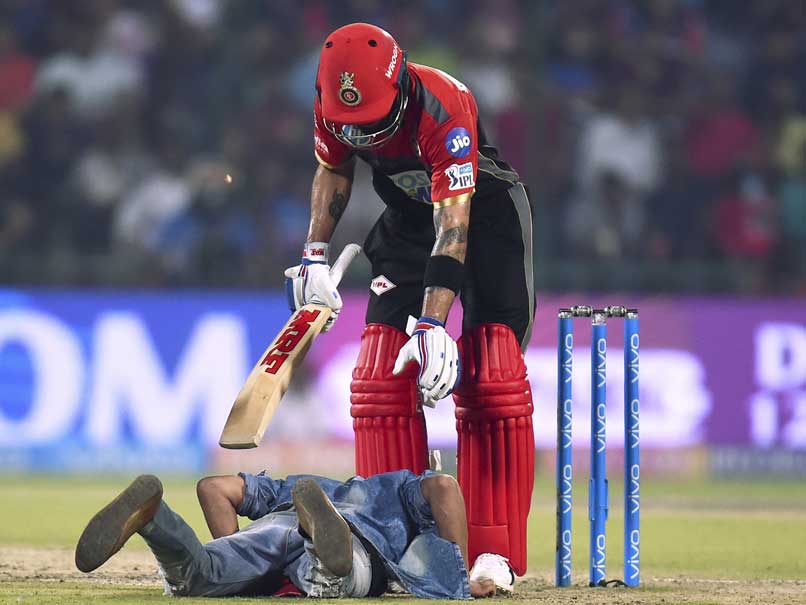 
It was another Saturday at the 2018 Indian Premier League and Royal Challengers Bangalore were taking on Delhi Daredevils in the second game of the double header. Chasing 182, Bangalore needed their batsmen to step up, and it was the duo of Virat Kohli and AB de Villiers who decided to come to the party and treat the fans at the Feroz Shah Kotla to something special.

During the course of the game, a die-hard Kohli fan managed to breach the security cordon and make a sprint towards the Indian captain. He fell at the batting maestro’s feet and later even managed to pull out his phone and click a selfie with Kohli, proving that he doesn’t just have fans, but devotees. Watch the full video here.

Such incidents have happened thrice with former captain MS Dhoni in the past, but it was the first time we saw this happen with the current Indian captain. Kohli was in the middle of a 118-run partnership with de Villiers when this happened, and RCB ultimately won by 5 wickets and kept their playoff hopes alive.

Kohli was clearly amused by the whole incident and even asked the security guards to be careful as they eventually caught up with the enthusiastic fan and dragged him off the pitch. RCB now have 4 wins in 11 games and need to win all their remaining three games to stay in contention in IPL 2018. 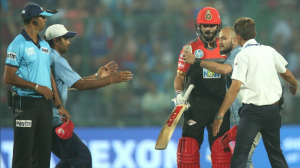 This whole incident is just another reminder of how much the people of this country adore Virat Kohli. Cricket is often considered a religion in India and the top cricketers are very much treated as Gods. Kohli has tasted tremendous personal success in his career so far and has also taken the Indian team to new highs, with his captaincy. However, we can’t say the same about his IPL franchise.