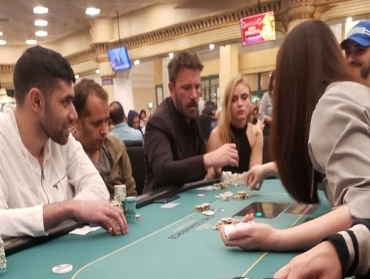 
Two-time Academy-Award winning actor and recovering alcoholic, Ben Affleck won $1,500 after taking part in a high-stakes poker game at the Commerce Casino in the Los Angeles area while being visibly drunk. The part-time poker player was spotted leaving a Halloween party on Saturday night wearing a white mask and black outfit, where he was reported to have had a couple or ten cocktails that night. 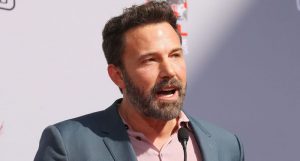 Arriving at the spot, the actor bought in for $20,000 and within 15 minutes, Affleck added $1,500 before leaving the premises. There’s much more to the story, the gamblers present in and around the casino said that the 47-year-old had been so drunk that he nearly fell out of his chair on one occasion. The table was full, so the staff agreed to accommodate him by making the game 10-handed.

Ironically, on the same day before drunkenly visiting the casino, he promoted a charity, The Midnight Mission, supporting the homelessness and help rehabilitate alcoholics. Affleck vowed to donate to the charity in an Instagram post on Saturday. For a couple of years, he has been battling issues with alcohol dependency and has been struggling and controlling his drinking. He also admitted on Sunday that, “It’s a slip, but I’m not going to let it derail me.”

The 2-time Oscar winner is no stranger to the poker world, an accomplished player, he excelled his first recorded live cash that came in 2004 earning $356,400 in $10,000 California State Poker Championships. Back in 2014, Affleck was banned from the Hard Rock Casino for counting cards at the blackjack table. In an interview later, he said that despite being banned from the Las Vegas casino, he does not consider himself to be a problem gambler.

For latest updates on the poker industry and casinos around the world, keep reading GutshotMagazine.com and stay tuned!