Dhirendra Short Stacks His Way To The Door 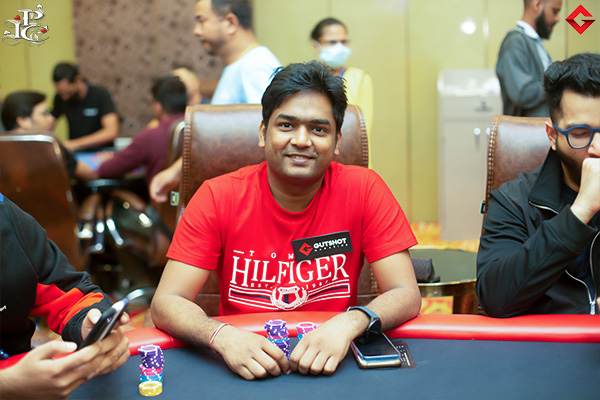 The 25K Kick-Off event has reached Level 15 with blinds at 2,500/5,000, players have begun to feel the pressure of the tournament with many of them being forced to go all-in. One among these was Gutshot pro Dhirendra Kumar who was forced into the hand from the small blind with a short stack of 1.5 BB. Abhilash Kumar and Harshad Barve called and the flop opened to Q ♠ J ♠ 4 ♠. Barve, who had A ❤ 4 ♣ flopped a pair and raised 10,000 which was called by Abhilash as Dhirendra sat on the side to watch the action play out. The action checks on the turn 2 ❤ and the river flows 5 ♣. Barve bet 20,000 on the river and pushed Abhilash to fold. This was the end for the Gutshot pro as his 6 ♠ 2 ♣ could not stand against Barve’s pair (44).