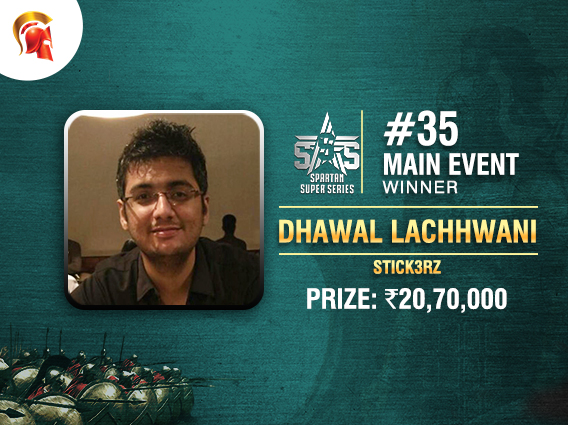 
After seven days of thrilling poker action at the virtual felts of The Spartan Poker, the cash-rich Spartan Super Series (SSS) has finally come to an end. The advertised series guarantee was a whopping INR 3.7+ crore, but with several events crushing the guarantees, the amount given away in prizes would’ve been much higher.

Scheduled for the final day was the Main Event, which would’ve been the most anticipated tournament of this series, with a buy-in of INR 11,000 and a massive guarantee of INR 75 lakh. All of the top poker players across India would’ve tuned in yesterday at 6pm IST to be a part of the tournament, while only one would walk away with all the glory.

A total of 828 entries were registered to the tournament, with the guarantee being beaten and a new prize pool of INR 82.8 lakh being created, and this being shared among the top 63 players with a minimum cash prize of INR 28,980. Taking away the biggest prize and all the fame for winning the SSS Main Event, was Dhawalkumar Gopal Lachhwani aka ‘Stick3rz’.

Lacchwani sacrificed his Sunday night sleep, with the tournament running six minutes short of 12 hours. However, he was handsomely rewarded for this effort, taking home a life-changing prize amount of INR 20,70,000, for beating some of the best players in the country.

He beat Sumit Sapra aka ‘mrgr33n’ in heads-up, a very popular Indian pro, who has won several poker titles online, while also travelling the world for live tournaments. In the final hand, the board opened 2d 2c 2h 5h Ts after both players shoved all-in pre-flop. Sapra’s A7 wasn’t good enough as Lachhwani held pocket Queens and took down the title with a full house, and Sapra took home the runners-up prize of INR 12,42,000.

Other players who ran deep were ‘Soona Paana’, who fired 5 bullets and finished third for a prize in excess of 7 lakh rupees, while ‘NutsLagGaye’, a recent Destiny winner, finished 4th as the top 9 players won 6-figure prizes. Lachhwani himself was in the news just last month when he shipped the Sunday SuperStack tournament which was a part of the Indian Online Poker Championship (IOPC). Final SSS Leaderboard rankings: 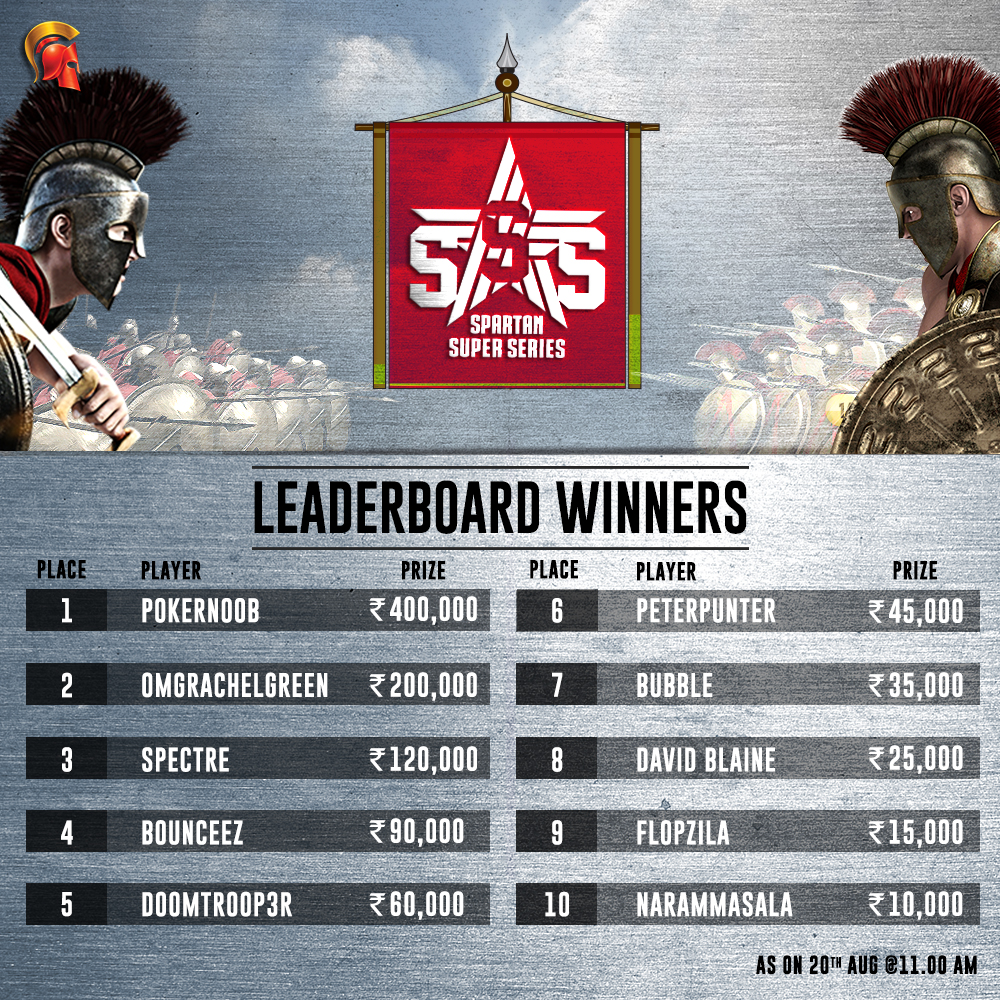 Keep reading GutshotMagazine.com for similar updates on the biggest poker tournaments across the country.