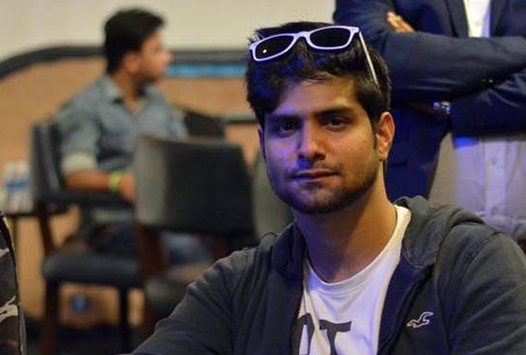 
Over the last couple of months, we reported many stories on Indian poker players doing well at the 2018 World Series of Poker in Las Vegas. However, there were poker tournaments taking place in other parts of the world as well, like the ongoing APT (Asian Poker Tour) Vietnam in Ho Chi Minh City, Vietnam.

One Indian player who did extremely well in that series was Devesh Thapar. He registered to the APT Vietnam Main Event, which turned out to be the biggest live poker tournament ever hosted in Vietnam, both in terms of the prize money on offer as well as the participation to the tournament.

Thapar made a great run in that tournament, ultimately busting in 13th position in the VND 6 billion GTD Main Event. He walked away with a prize of VND 115,410,000 (~INR 3.40 lakh) for this effort. Thapar has been around for a while now, known for winning PokerBaazi’s Moneymaker tournament in the past and also recently shipping an Asia Poker League (APL) title in May.

Thapar did well to finish 13th from 500 runners for the race to the trophy. He grinded for 3 days, qualifying from Day 1c where he was in the top 10 chip stacks. On Day 2, there were around 300 players left and 84 players were to finish in the money, with 8 levels of 1 hour each being played.

He finished Day 2 third in the chip lead and came out on the third day to play with the final 54 players. Gutshot spoke to Thapar after this good run. He said, “I grinded for 7 hours on Day 3 and finished 13th. I had a big stack, but things really didn’t go my way later. I’d just like to say that it was a good experience and I learnt a lot. I wish to do much better next time around.” We’re expecting a lot more Indian participation now that the APT has partnered with Baadshah Gaming to host APT Satellites in India.

Keep reading GutshotMagazine.com for similar poker updates from around the world.