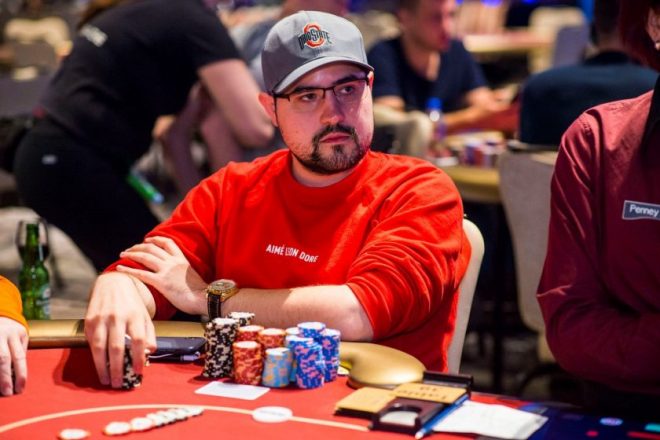 
The World Poker Tour (WPT) season ending tournament has begun at the ARIA in Las Vegas, to mark the end of the WPT Main Tour Season XVI. The tournament, known as the WPT Tournament of Champions, is a $15,000 buy-in event and 19 WPT winners throughout the year were awarded seats to this tournament.

Former WPT winners were also allowed to participate in this prestigious tournament, provided they paid the $15,000 buy-in amount. At the end of Day 1 of the season finale tournament, a total of 80 entries were recorded and US poker player Dennis Blieden topped the chip counts of the 29 survivors. Blieden has a short live poker career so far but is well known for his $1 million win at an LAPC event earlier in February.

The previous two editions of the Tournament of Champions attracted 64 and 66 entries, making this the most successful one thus far, primarily because of the tournament venue shift from Florida to Las Vegas. Top poker pros like Dominik Nitsche, Daniel Negreanu and Antonio Esfandiari were all part of the action but busted sooner than expected.

The 3-day event will continue tomorrow with the final 29 battling it out for the top prize of $463,375 and other exciting prizes. Darren Elias, the winner of the recent WPT Bobby Baldwin Classic, currently holds the 7th best chip stack in this tournament. Other top names in the mix include Stefan Schillhabel, Erik Seidel, Art Papazyan and others.

The top 10 players will be paid out in this tournament with a minimum cash prize of $39,840. GutshotMagazine.com will be doing daily updates on this tournament, so keep watching this space to see which players goes on to claim the title.