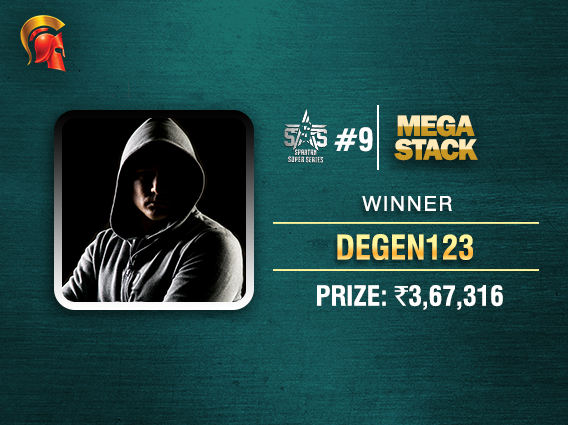 SSS Event #9 Mega Stack INR 17 Lac GTD was the biggest tournament of SSS Day 2 and the re-entry tournament had a buy-in of INR 4,400. Even with the steep buy-in, the guarantee was smashed, and a new prize pool of INR 18.32 lakh was generated due to the field of 458 entries.

From this field, the top 39 were eventually paid out a minimum cash prize of INR 12,641 but none was rewarded more than ‘degen123’, who outlasted the field and took away the top prize of INR 3,67,316. This win also gave him enough of points to finish Day 2 on top of the SSS Leaderboard, where INR 10 lakh is up for grabs.

With a huge stack, degen123 decided to move all his chips into the pot without seeing the flop, being dealt Qc Jh. inquiry108 made the call with Ac 6s, with Ace being an important card at this stage of any tournament. The board however, ran dry for inquiry108, opening Kc 7c Qh 8h 4h. degen123 won with a pair of Queens. 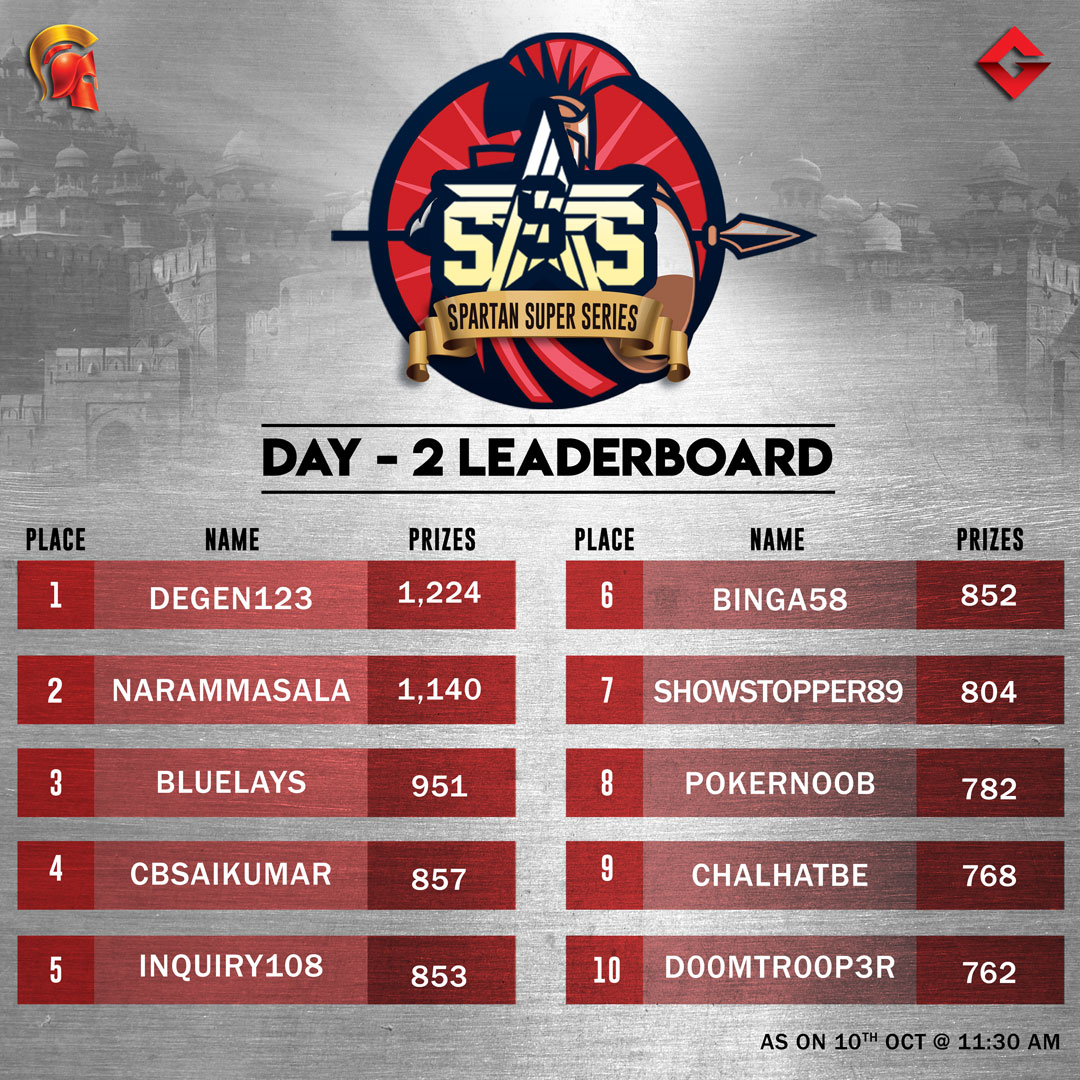