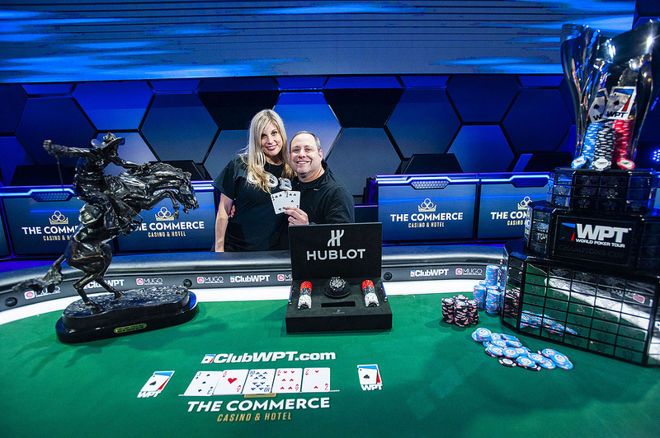 
The 2019 LA Poker Classic (LAPC) conducted the Final Table of its highlight event, $10k WPT Championships Main Event on 11th March. Gameplay was paused since the FT was reached on 6th March, the final day of the series and was to take place on 11th at HyperX Esports Arena in Las Vegas.

US pro Darren Elias was leading overwhelmingly in chip counts on the FT with over 9 million chips. David ‘ODB’ Baker was trailing at 2nd place with far lesser chips than Elias (4.76m chips). However, Baker ultimately triumphed on the FT and won the tournament, earning $1,015,000 (~INR 7.04 Crores) as first-place cash prize, without any deals.

“It kind of sounds corny, but it really means so much to me. I’ve battled my whole life in this business, I care about this business, I care about the prestige of these things and I know some of the guys are a little too cool for school. But I’ve had a glaring omission on my resumé. I get to check off all those boxes today and I’m overjoyed,” Baker said after his win.

After the first elimination of South Korea’s Steve Yea by Lithuania’s Matas Cimbolas happened after 32 hands of the day, the next two eliminations of 72-year old John Smith followed by Jean-Claude Moussa happened within 8 hands of Yea’s bust. As heads-up approached, Baker was already leading 2:1 in chip counts against his opponent Cimbolas.

In the fateful final hand of the tournament, Cimbolas shoved his stack after the board of 3s Ah 10c 6h 2h was revealed and he received the final call by Baker, who had made a straight on the river. Just like that, the tournament was over and Cimbolas took home $646,930 as runner-up cash prize.

Baker now has over $5 million in career live cashes. This win also makes it his best live cash ever. He now tops Arizona’s (his home state) All Time Money List, having been 3rd for a long time after Jacob Balsiger. Final Table Pay-outs:

Keep reading GutshotMagazine.com for more such tournament coverage and for general poker news from around the world.