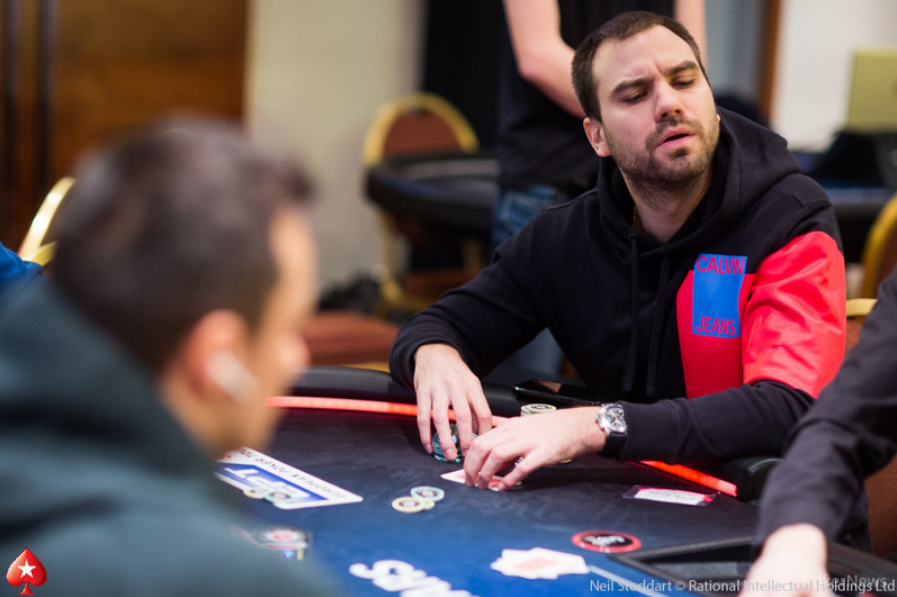 
2018 European Poker Tour (EPT) Prague started on 7th December at the Casino Atrium in Hilton Prague. The series features tournaments to suit each and every player’s pockets. PokerStars LIVE is hosting the 12-day affair, with the inaugural event already declaring its champion.

The €1,100 EPT Prague National Event began its Day 3 yesterday. The event drew a 2,486 entry-strong field but whittled down to only 30 players entering the day yesterday. After just seven levels of play, only 6 players were left at the Final Table.

The chip leader entering the day, Iliya Iliev, was eliminated at 13th place, receiving a €22,460 pay-out. The player to attain the position of chip leader entering today is Danilo Velasevic (pictured above), bagging 20,675,000 chips in the end. Velasevic won a huge pot in the last hand of the night. He slow-played aces, with calling a three-bet and flopped a set. He then proceeded to go all-in on the turn against Mohamad El-Rais’ lower pair and a flush draw. The river bricked and Velasevic climbed over 20 million in chips.

Commenting on the lead, Velasevic told the press, “It was an up and down day. I played really good, I think. I made a few bluffs, and just now that last hand was so sick. I saw this guy three-betting too much and I just thought he was fooling around. That’s why I just called.”

Velasevic, a poker player from Serbia, has cashed out in quite a few tournaments in Europe. His first recorded live win was at the 2013 Mega Poker Series in Montenegro where he cashed out $44,601 as first place cash prize. This is also his best live score till date. But winning the EPT Prague National will put this figure to a colossal €382,750. He also finished 7th in the Master Classics of Poker (MCOP) 2018 Main Event, for a $41,423 pay-out. 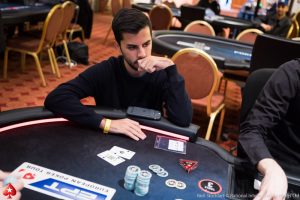 Velasevic is seconded by Italy’s Walter Treccarichi (pictured above) with 16,725,000 chips. For a long time, it looked like either Treccarichi or Ali Al Saidy would be the chip leader, after Treccarichi recovered from two early doubles and Al Saidy eliminated two players back-to-back.

However, the chip leader turned out to be Velasevic, who obviously had a good night’s sleep and is dreaming about the title. He expressed, “I prefer having a big stack going into the final day. I’ll try to put some pressure on people and I hope to win!”