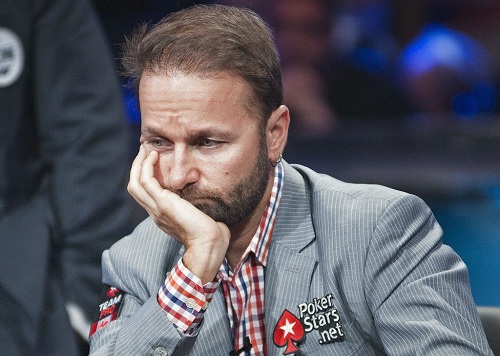 
There’s no one in world poker history who has cashed more money in live poker tournaments than Canada’s Daniel Negreanu. He has earned a whopping $35,319,815 (~INR 224 crores) in his live poker career, with a best live cash of $8,288,001. If you don’t already know, check out these rankings to know what a big personality he is in the poker industry: 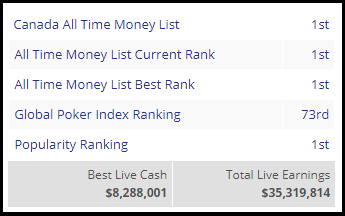 However, the pro has explained to poker fans and viewers of his blog, how one can be in loss despite cashing in millions over the course of a year. He took to his Full Contact Poker blog to explain how he lost, even though he cashed $2.87 million from live poker tournaments in 2017. Here are his numbers for the year gone by:

Before releasing the blog on his 2017 results, Negreanu took to Twitter to ask fans whether he would’ve spent more or less in buy-ins, than the amount he had cashed for over the year. 65% of the 22,458 votes predicted that he spent less in buy-ins and this proved his point that people shouldn’t be fooled by cashes of $2.79 million, as the stakes and buy-ins are equally high these days. 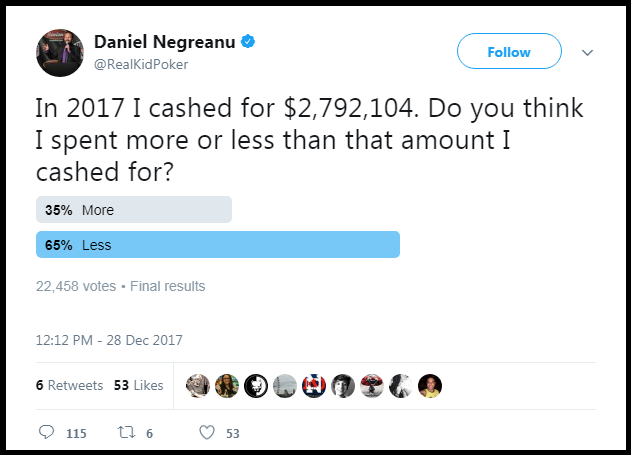 He first gave viewers an insight to how well he fared in 2017, completing 5 out of the 8 goals he set for himself. Here are his goals for 2018:

6) Final Table SHRB or One Drop

To ensure you don’t miss such news from the world of poker, follow GutshotMagazine.com!