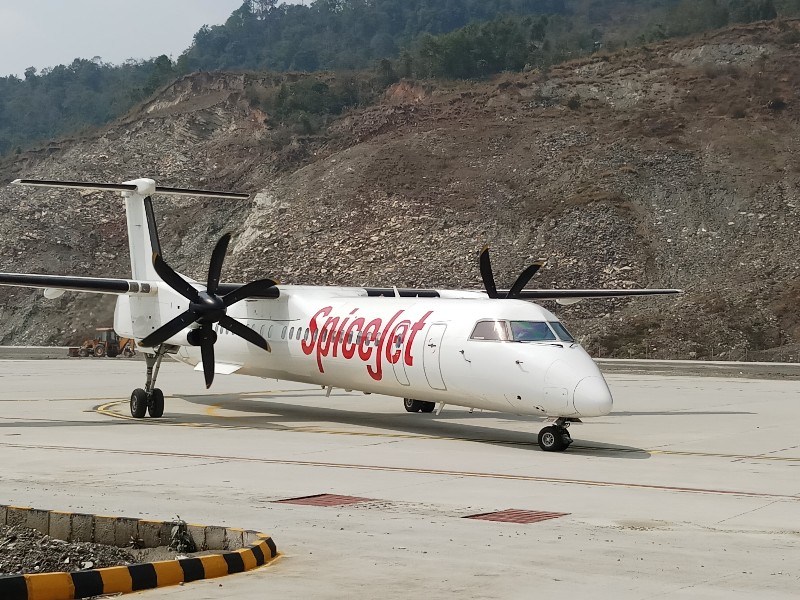 Daily flights to Sikkim set to give boost to gaming


From 4th October this year, Indian airline operator SpiceJet will make daily flights to Sikkim, which is set to give a huge boost to tourism and gaming in this northern state of India. As per reports, this daily flight service will be from Kolkata to Pakyong airport in Sikkim every morning.

The flight will be at 9:30am daily and this Kolkata-Pakyong flight service initiated under the regional connectivity scheme UDAN, will have an introductory fare of just around INR 2,600 and will have a flying time of approximately 90 minutes. The daily Pakyong-Kolkata flight will depart at 11:15am each morning.

The greenfield airport in Pakyong is around 30 km away from Gangtok and has been ready since November last year, but couldn’t begin daily commercial flights because of approval issues from the civil aviation ministry. This has led to a lot of enthusiasm among gaming operators in Sikkim, one of only few Indian states in which gambling is legal.

“A greenfield airport at Pakyong, about 35 kilometres from Casino Deltin Denzong promises to significantly increase footfalls by directly connecting people from key cities across India. The airport will be a major boost for tourism, positively influencing the gaming industry. Deltin Casino stands to gain the most because of its location in Denzong Regency Hotel which is opposite the Kanchenjunga, the second largest mountain range in the region,” said Anil Malani, President (Operations) of Delta Corp Ltd last year. Delta is all set to host the first DPT Xpress series in the state later this month and we can expect many more in the months to come.

Manoj Sethi, Director of Golden Gaming, also commented on this development, saying, “The overall tourist inflow to Sikkim will definitely increase manifold because of the launch of the new airport. Earlier, our patrons had to travel for many hours from Bagdogra to Gangtok, but the new airport will definitely make things easier. The footfall at our gaming outlets will also increase post the launch of the airport.” Keep reading GutshotMagazine.com for more updates on gaming in the country.