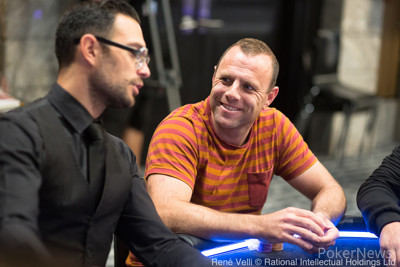 
The festivities at Casino Barcelona are on in full swing at the month, with the European Poker Tour (EPT) Barcelona series currently taking place. The highlight at the moment is the EPT Main Event, where Ben Wilinofsky is leading the final 259 survivors, while other tournaments are also taking place simultaneously.

17 survivors bagged their chips to return on Day 2 of the tournament and fight it out for the top prize of €213,400, with Ireland’s Chris Dowling in the chip lead at the moment. Dowling has career live cashes of around $700k and a top cash of $126,355, which he scored in 2009. He will be looking to keep the lead and register his first major live tournament victory.

Another big name in the mix is Dan Shak, who has 387,000 in chips, while many popular names like Sam Greenwood, Ryan Riess, Cary Katz and others hit the rail during the day. These 17 will return to the Casino Barcelona to play Day 2 of the PLO event later today, with no Indians in the tournament, mostly due to a considerably high buy-in.

Keep reading GutshotMagazine.com for a regular update of EPT Barcelona tournaments, as well as other major tournaments from around the world.