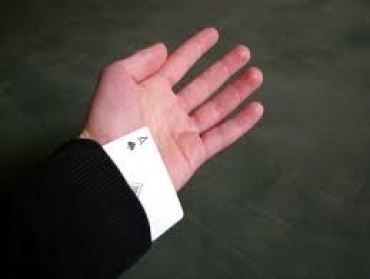 Cheaters Take Card Marking to the Next Level


Cheating has been around since the dawn of civilization. Liars lie, Cheaters cheat, so on and so forth. It’s probably to maintain the balance in the world. Cheating is a mammoth term and it has since branched out into many sectors.

Cheating in poker has existed since before the inception of casinos. It has evolved drastically since then. Marking cards is one of the oldest tricks in the book. It is the most commonly used form of cheating. With security measures being updated constantly around the world, cheaters are becoming progressively creative.

We’ve already talked about the various types of cheating methods in live poker games, card marking being one of them, but what happens when it’s done on a large scale with cheaters going to extreme measures. These card marking stories have made the news.

Berlin police were conducting a routine check on a truck at a waste processing facility when they detected increased levels of radiation, which led to an immediate investigation for the source. Police were able to pinpoint the source as being 13 playing cards which were mixed with the garbage. Further investigation led to them being able to track it to a restaurant in Berlin.

The restaurant in question had no gambling license, but apparently the cards were coated in Iodine-125 which the players could pick up with a radiation testing device. Iodine-125 is only harmful when there is direct contact with the substance without proper protection. The restaurant’s owner, a 41-year old woman, is the prime suspect of the investigation.

Only Card Manufacturer in the Country, producing Marked Cards

A playing cards manufacturer in South Africa began producing marked cards and providing those to local casinos. The company was the sole card supplier to all 22 of South Africa’s casinos and others in southern Africa for more than a decade.

A casino in Johannesburg, were shocked to find out that their Blackjack profits dipped by 11% over three weeks. They soon began to investigate the reason and found a tiny blank spot on a floral design on the backs of their playing cards – but only on the high value cards. The fault was traced back to the manufacturers, who it seems, had been selling this information to local gamblers.

Card Marking with a Special Substance caught on Camera

This was indeed a shameful end of the legendary poker player – Archie Karas’ career. He will always be known for turning $50 into $40 million in one insane hot streak, simply known as The Run. In 2014, video surveillance caught Archie marking cards while gambling in a casino in San Diego. Further investigation of his home led to the discovery of a substance he had been using to mark the backs of high value cards while playing Blackjack. He pleaded guilty and served a three year probation and also had to return the money he made during the scam.

Do you any more interesting stories? Feel free to share them in the comments below. Also, keep reading GutshotMagazine.com for similar Poker Gyaan!