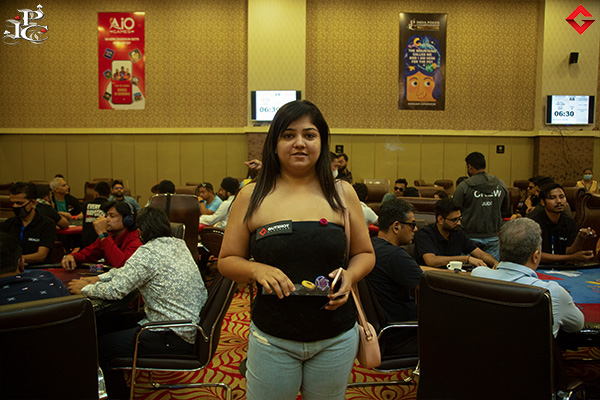 Among the male dominated field, we saw several female players in the IPC events hosted yesterday and today. The female contingent includes Spartan Poker Pro Nikita Luther, Anita Hassanandani, Priya Rajkumar, Caroline D’Souza, Aakanksha Singh and others. D’Souza is one such player who has been on the field since quite sometime. Yesterday, we spotted her grinding in the IPC 8K Mega Satty event and today she is crushing it in the 25K Kick-Off tourney.

Could she be Gutshot’s next Sponsored Pro?