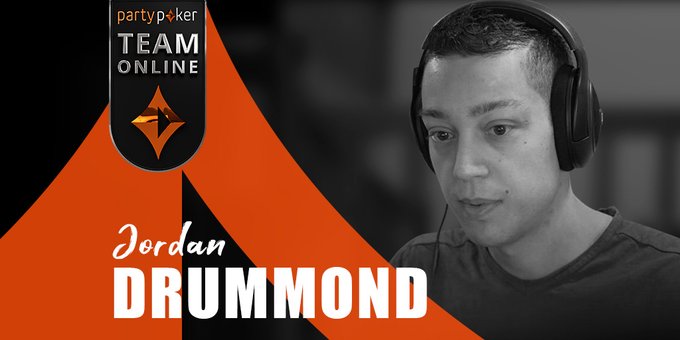 
The worldwide poker giant, partypoker announced on its Twitter handle on 11 February that the CEO of BZZ Staking Jordan Drummond is the newest member in the Team Online. The Canadian poker pro who can be found at the partypoker tables playing as ‘The Undecided’ is considered to be one of the top five coaches in the world.

Stepping into the poker world in the year 2009 with a meagre bankroll of $7, who knew that Drummond would now become a high-stakes player and profit about $10 million from online play and reach the PokerStars Supernova Elite status four times?!

“I’m honored and privileged to announce that I’m joining Partypoker Team Online,” Drummond said, “Working closely with an elite poker site has always been a dream and I can’t wait to partner with the talent there and do my best to serve as a member of Team Online.”

The first-ever member of the partypoker team which launched Team Online in February 2019 was Matt Staples and since its commencement, the platform seeks to provide a strong online streaming service with extensive content. Acknowledging the fall of the site for quite some the partypoker’s Managing Director, Tom Waters said on last February that, “We have been a bit behind the curve when it comes to streaming, but we’re hoping to make up for lost time by compiling an elite team that will be able to stream entertaining and engaging content 24/7.”

Poker admirers around the world are intent on watching Drummord’s Twitch channel which launched in 2019. His high stakes MTTs and other actions have a huge fan base of over 18,000. The Canadian pro is known to have mentored and coached hundreds of players and is widely regarded as the best online player.

Another well-known name, Jaime Staples who left PokerStars to become a sponsored pro for partypoker said, “It was clear very early on that Jordan was going to excel at Twitch. He has been one of the biggest names in online poker for a long time both on the industry side and as a player. We are very lucky to have him join forces with us at partypoker!”

With the inclusion of Drummond, partypoker now is a strong 14-member team including Hristivoje Pavlovic, Courtney Bee, Ryan Schoonbaert, Jeff Gross and Lui Martins. For more poker news and updates, as well as updates from the gaming industry around the world, keep reading GutshotMagazine.com and stay tuned!