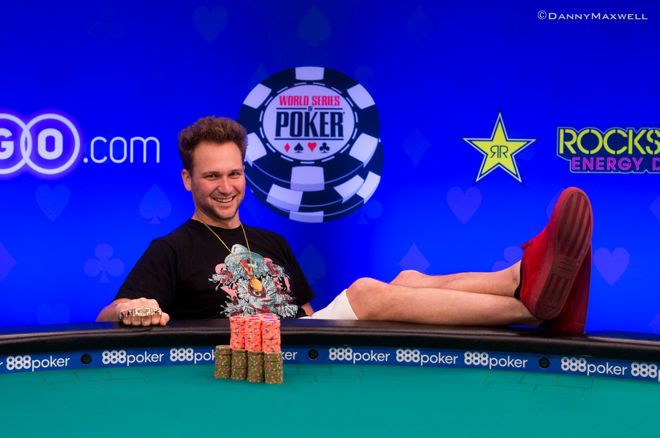 
Razz is a form of stud poker that isn’t as popular as other forms of the game and usually, fewer people tend to register to these tournaments at the World Series of Poker, as compared to NLHE or PLO poker tournaments. Similarly, Event #56: $10,000 Razz Championship attracted just 119 entries at the 2018 WSOP.

These entries created a prize pool of slightly over a million dollars and after three days of grinding, a winner was decided in Calvin Shane Anderson, 30-year old Oklahoma poker player, who is generally known as an online specialist and for his accomplishments on the virtual felts.

However, this wasn’t the first time he won a WSOP tournament, securing his first gold bracelet back at WSOP 2014. He took home $309,220, which became his second highest live poker cash and his career total winnings have now crossed the $2 million mark. He revealed his mantra to just always staying positive.

“I spend a lot of time studying the Law of Attraction and a lot of other universal and spiritual truths from various people. And basically, I think it’s important to keep a positive attitude because then you attract a lot of positive things in your life. I find that a lot of people, just in general, they’re very victimizing to themselves. They’re complaining about everything and it doesn’t match the frequency of winning,” he said after winning his second bracelet.

An epic heads-up encounter took place between Anderson and Frank Kassela, with the battle going through a whole level and the lead changing quite a few times. Anderson finally got 9-7 to edge past his opponent’s 8-9 to leave him with just 2 antes and ending the game on the next hand.