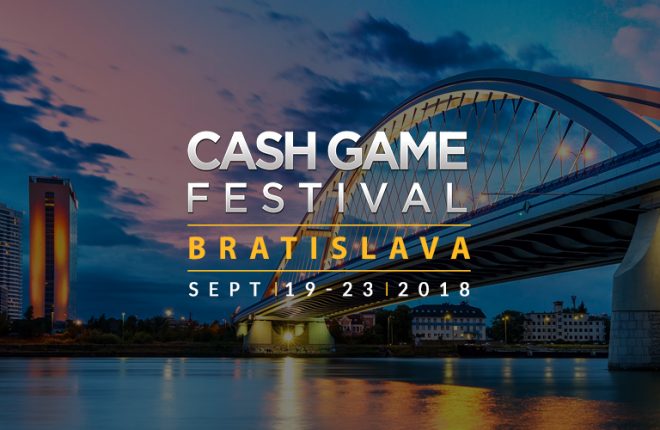 
The Cash Game Festival, after a successful run in April at this venue, returns to the Banco Casino and to the heart of the beautiful capitol of Slovakia, Bratislava on 19th September. It is a 5-day festival with more than 120 hours of non-stop poker action between 19-23 September. This festival is expected to be even more exciting this time around with many confirmed players, including online satellite winners and sponsored players from Cash Game Festival partners 32Red Poker and Unibet Poker.

All variants of poker will be played at the festival. The previous festival already set a casino record of most cash game tables running, with games like No Limit Hold’em, Pot Limit Omaha, Pot-Limit Omaha Hi/Lo, Deuce-Seven triple draw, Open-Face Chinese poker, Sviten Special, H.O.R.S.E., Super Dealer’s Choice, and others being played.

The festival will host two televised feature tables per day on its Twitch channel. The players can show off their skills to their family and friends at whatever stakes they desire. The Cash Game Festival is giving a trophy and a prize to every player that wins the most big-blinds at any of the ten feature tables. Cash Game Festival Co-Founder Martin von Zweigbergk won the first of his two Cash Game Festival trophies. He will be joined by fellow two-time winners Kevin Malone and Jon Kyte in Bratislava for their quests to be the first to win a third.