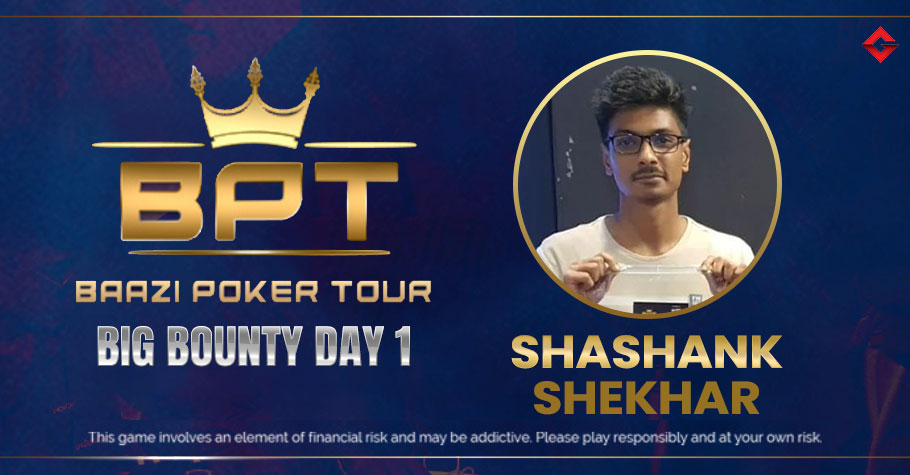 
The Baazi Poker Tour (BPT) has begun and has attracted hundreds of players to the Majestic Pride. Two days have gone by, but the action and fun haven’t reduced even slightly. Yesterday, Day 2 of the BPT series had three events and two sattys in the calendar. Running alongside BPT was the National Poker Series (NPS) Main Event which had the chip leader Chirag Sodha walk away with the title and prize money of over ₹44 Lakh. The next event was the BPT Kickoff which crowned poker champ Gaurav Sood as the winner for ₹11,25,000. The Big Bounty was the third event in line, which attracted a full house of players.