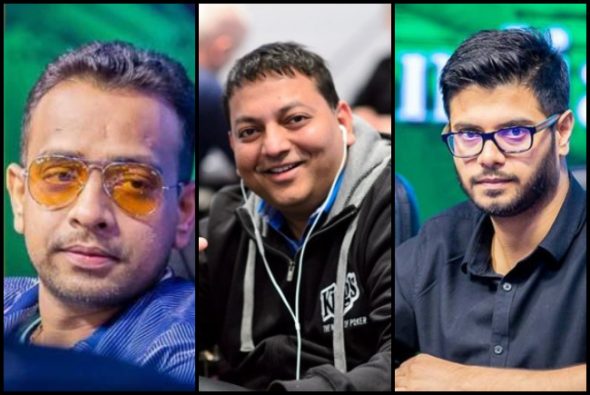 
Rozvadov is one of the European poker destinations which has attracted poker enthusiasts from all over. King’s Casino in the Czech town has become renowned over the years because of their exciting events. They recently were home to TIPS Season 1 and Season 2. The latter saw a sizeable Indian contingent running in the fields.

The venue recently hosted the WOSPC Rozvadov and Martin Kabrhel earned his 5th ring there by winning the Main Event. Another major series called ‘The Big Wrap’ started on 1st April 2019 and will go on till 8th April. The €550 Big Wrap Warm Up PLO figured as the opener and saw 3 total flights hosted.

3 Indians, Gaurav Gala (above left), Manish Goenka (middle) and Jagdeep Singh (right) played extremely well in the starting flights and have now progressed to Day 2 which is to be hosted today. While Gala, who sits with the most chips among Indians qualified on Day 1B itself, Goenka and Singh managed to bag up at the end of Day 1C yesterday at King’s Casino.

Gala is at 49th position in chip counts with a stack of 156,000 among the 112 players that will play today. Goenka (73rd) and Singh (99th) were the next among Indians with stacks of 125,000 and 57,500 respectively. All three are good players in their own right but Singh is known to prefer PLO and has accomplished much in the format till now. 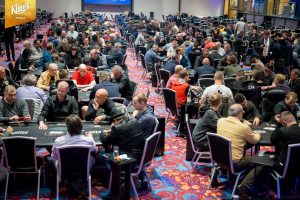 Goenka was one of the two persons behind The Indian Poker Series (TIPS) which ran for the 2nd time this year. Gala was recently in Barcelona this year for the WPT series and finished on the FT, along with Singh who took 7th position for ~INR 4.54 Lakhs and Abhishek Goindi finished runner-up in the same tournament.

A total of 607 entries were attracted for the Warm Up from all 3 flights at King’s Casino. Leading in chip counts though is ‘Kianator’ who has bagged 715,500 chips. He hails from the city of Bochum in Germany.