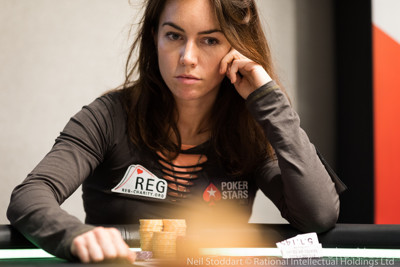 
The European Poker Tour (EPT) kicked off proceedings in the Casino Barcelona a couple of days back and the series began with one of the highlight events – EPT Barcelona €10,300 High Roller, where a total of 124 entries had registered to the tournament at the end of the late registration period on Day 2.

Day 1 was a pretty exciting one, with some big poker names in the mix, including US pro David Peters, who ended Day 1 as the chip leader. Some other big names, who are famous for activities away from the poker tables, were also part of the action, like FC Barcelona’s Gerard Pique, who fired two bullets, but busted immediately both times.

From the survivors, a few experienced pros will return on Day 3 to play for the title and the massive top prize. One of these is PokerStars Team Pro Liv Boeree, who has over $3.7 million in live poker cashes, while the current chip leader is Iran’s Bahram Chobineh, who has considerably less experience in the live poker circuit.

Malaysia’s Michael Soyza and Canada’s Luc Greenwood are also among the final nine, both of who have nearly $2 million in live poker cashes each. Keep reading GutshotMagazine.com for an update on who comes out on Day 3 and ships the High Roller tournament.