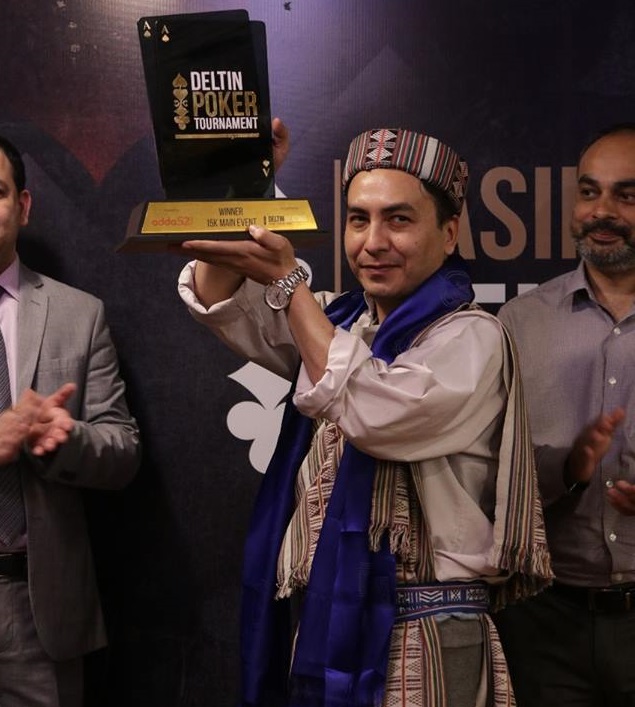 
The inaugural DPT Xpress series in Sikkim has finally come to an end, with Delta Corp deciding to host a series at the Deltin Denzong Casino in Sikkim between 27 and 30 September 2018. The organizers wanted to save the best for last with the Main Event completing last night after some thrilling poker action.

Earlier highlights of the series included Vivek Anand Baskey winning the opening event and then Prashant Malik taking down the Bounty Event. With two entries allowed, everyone was looking forward to the Main Event, where levels of 20 minutes each were played, and entries were allowed till the end of Level 8.

A total of 67 entries (53 unique + 14 re-buys) constituted the field and the player to emerge victorious from them all was the well-known Bhola Sharma, who seems to love these Adda52 events. He recently won a couple of major tournaments on their online platform and has now backed it up with a live victory in Gangtok.

The local man was not only brilliant on the night but was also brilliantly dressed for the occasion. He busted out several players on the Final Table, which he began as the chip leader as well. In heads-up, his pocket Tens eventually turned out to be much better than his opponent’s Ad 6c which hit a pair of Sixes.

Sharma took away the top prize of INR 3,40,000 while his opponent Pema Ladakhi settled for INR 1,95,000 for finishing second. Gutshot had a word with Sharma after he shipped the DPTX Main Event. He told us about the experience, saying, “It felt good to win the inaugural DPT Xpress ME that too in my home town. I hope it would be a good promotion for the game in Sikkim and the game gets more popular among the locals. I feel that they should also experience and play this lovely game. Further, I would like to thank the Deltin Poker Group for bringing such live tourneys to Sikkim.”