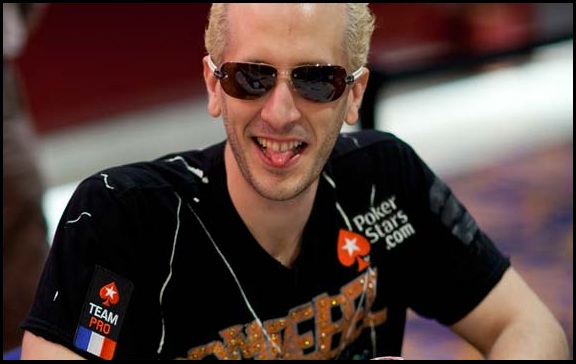 
What is happening? Why is everyone slowly leaving PokerStars?

In case you haven’t heard of these stories already, let us tell you about poker celebrities leaving PokerStars since December 2017. Brazilian pro Felipe Ramos followed Vanessa Selbst andJason Mercier in leaving PokerStars, and now it’s Bertrand ‘ElkY’ Grospellier who has walked out the door!

Grospellier, nicknamed as ‘ElkY’, is a French poker professional, who has earned over $13 million (highest on the France all-time money list) in live poker tournaments and nearly $2 million in online earnings. He burst onto the live poker scene when he shipped the PCA (PokerStars Caribbean Adventure) Main Event in 2008 for $2 million.

Grospellier also became the first ever player to reach the ‘Supernova’ and ‘Supernova Elite’ status on PokerStars and has been sponsored by the online poker giant since over a decade. However, he has confirmed, via a post on Twitter, that he is no longer a PokerStars Team Pro, making him the fourth major player to quit PokerStars in the last month or so.

While Grospellier had a few silent years, 2017 was a good one for him again, finishing second in the WSOP High Roller for One Drop event in Las Vegas, for $2,278,657, which became the 36-year old’s highest live cash. He will now be eyed by other big poker companies like Winamax, partypoker and others.

Earlier, the story was unconfirmed by both parties, but the news of him parting ways with PokerStars was expected as his image and bio no longer appeared on the company website. The poker industry had become accustomed to seeing him alongside popular faces like Daniel Negreanu and Chris Moneymaker. Later, his Twitter post cleared all suspicions:

Grospellier has already hinted at the start of a new challenge and it’ll be interesting to see how he decides to pursue his career in the poker industry. Be sure that GutshotMagazine.com will be closely following the Frenchman’s progress and you can find all updates on this story right here!