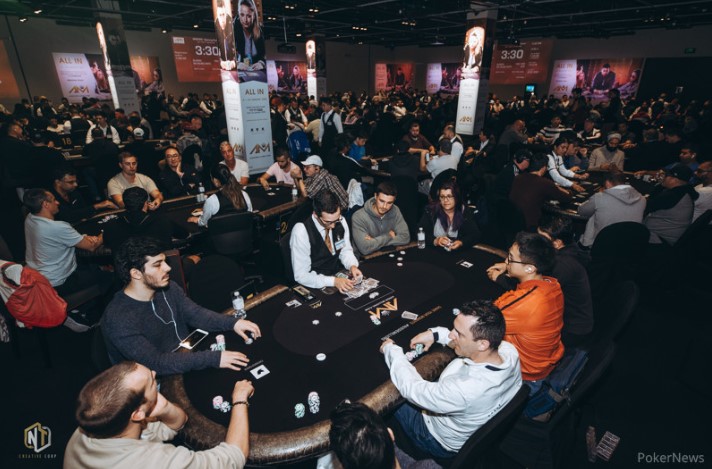 
The year 2020 began with power-packed series taking place around the world. And here is the return of the Aussie Millions Poker Championship that kicked off on 4 January for a 21-day long festival which will continue until 24 Jan, comprising of 23 tournaments. The competition is already in the books, taking place at Crown Melbourne, Australia. And yesterday winded up the second starting flight of the Opening Event.

Each poker player looks forward to the kick-off or warm-up event and Flight 1 of the Opening Event came with a guarantee of $1 million and registered a total of 242 players, the first of the five flights with each one paying a buy-in of $1,150. Eventually, the field whittled down to 28 remaining hopefuls to advance to Day 2 after twelve 40-minute levels. Ultimately, it was New Zealand’s Zack Lowrie, amassing the largest stack of an impressive 213,800. Following his tail were Julien Sitbon bagging 200,000 chips and WSOP Main Event finalist Martin Jacobson with 169,900 chips.

The initial day was joined by some of the names including former Main Event winners David Gorr, Ami Barer, and Ari Engel along with Joey Weissman, Dzmitry Urbanovich and Kenney Hallaert who eventually had to end their journey.

Flight 2 registered a total of 255 entries, bringing the overall number to 497. As the tournament progressed, only 38 players advanced, bringing the total number to 66 to Day 2. However, topping this field was Izuchukwu Oparaocha building up the largest stack of 169,400 chips followed by Amir Minagar in second place with 139,600 chips and Egor Bulychv bagging 122,100 chips. Last year it was a native player Muhammad Asad to overcome the staggering field and becoming the champion for AUD 219,980 after a three-way deal.

However, it is the Flight 1 chip leader, Lowrie who remains the overall chip leader for accumulating the largest stack. The players still stand a chance to enter into another three starting flights. However, Flight 3 is scheduled to commence today, 6 January at 12:10 pm local time.

The new year’s edition Aussie Millions Poker Championship is underway at Crown Melbourne hosting the second event H.O.R.S.E. which attracted a total number of 42 players and it is New Zealand’s Jan Suchanek who will be leading with eight remaining players after becoming the only contender to amass a 6 figure stack of 119,300, closely followed Canada’s Ari Engel bagging 88,100 chips and in the third place is the native player Vasco Zapantzis with 83,900 chips.

However, the players to end their journey include the 2019 WSOP Player of the Year Robert Campbell, 2005 WSOP Main Event champion Joe Hachem, Phil Hui, Bryce Yockey, Benny Glaser, Billy Argyros, and Oliver Gill. The money is assured to the top 6 players for a min-cash of AUD 6,615.

The final table resumes today, 6 January at 1 pm local time. Keep reading GutshotMagazine.com for more such international tournaments n and for general poker news from around the world.