Arsh’s Run Comes To An End With A Bad Beat 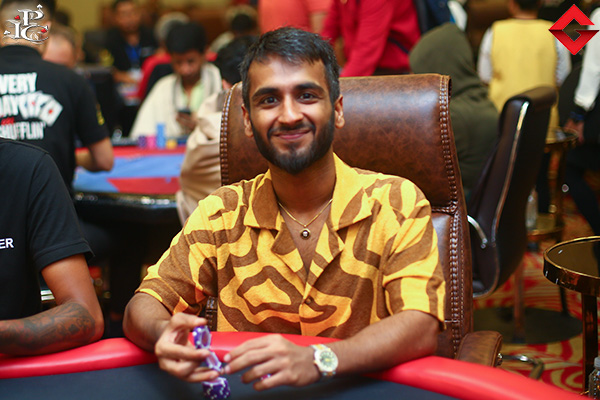 100K High Roller runner-up Arsh Grover bet 6,000 preflop holding K ♦ 7 ♠, only to be called by Aditya Sushant. The flop showed T ♠ A ♠ J ♦ . Seeing the flop, Grover immediately shoved his stack of 8,500 all-in as he now sat with a gutshot straight draw. Sushant who also hit a gutshot straight draw with K ❤ 2 ❤ called. The turn of A ♦ didn’t bring any drama, but the river of 2 ♠, gave Sushant two pairs to take down the pot and eliminate Grover, who suffered a bad beat, just minutes before the end of Day 2.