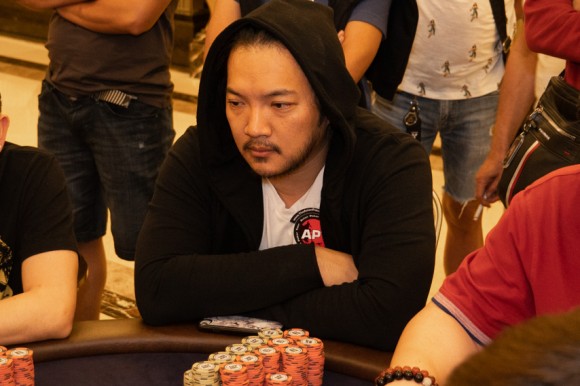 The APT-RWM Opening Event had a buy-in of PHP 11,000 (~INR 14,825) and saw the tables quickly getting occupied due to the overwhelming turn-out, considering it was a medium-stakes event. After 7 hours of engaging poker action, the bubble was burst at 38th place. The first to cash out at 37th place was the previous APT Philippines Opening Event Champion, Julius Lagman.

The event continued in a similar fashion until the final 8 players were reached, and that concluded the play for the day. Taiwan’s Chi Hung Ho aka ‘Logan’ is the chip leader with 581,000 chips among the 8 who will be competing for the title today. His recent victory was finishing 4th at the AJPC Main Event and taking home $12,160. If he wins this event, he will add a significant amount to his bankroll and with his chip lead it doesn’t seem difficult at all. 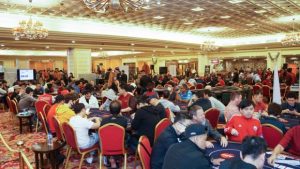 The Filipino pro Mike Takayama was the second in chip lead, bagging 425,000 chips. Takayama is a highly accomplished player from Philippines. He is also the first Filipino to win a World Series of Poker (WSOP) bracelet, winning it in June this year at the 2018 WSOP after slicing through a massive field of 2,065 for the $1000 Super Turbo Bounty. His total live earnings are at a laudable $900K+, at present.

The starting flights for the PHP 55,000 Main Event will also commence today, which has a staggering PHP 10,000,000 GTD, and will probably attract a massive field from all over the Asia-Pacific region. For a complete schedule of the APT Finale 2018, click here.

Keep reading GutshotMagazine.com for more updates on this series and other international series as well.