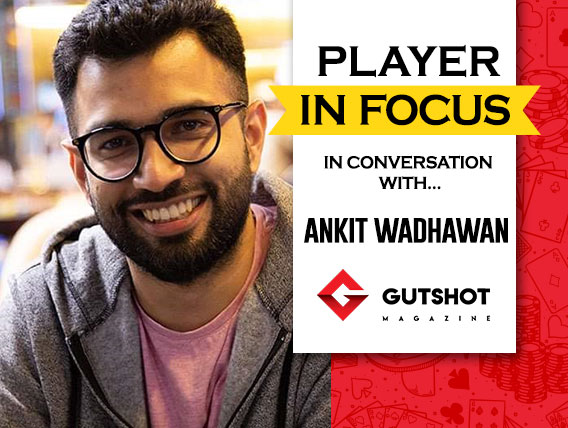 
“I’ve known how to play poker since a long time as I had a phone which had this game. My friend once came back from the US in the summer holidays and made all of us play a Rs.500 buy-in cash game. We all started watching ‘Poker After Dark’ videos and got hooked on to this game, so much that we played every second day. And guess what? I used to crush that game back then as well, haha.”

Talking about his early days in the game, here’s a classic case of a poker player growing up the stakes in the right way. If you put in hard work and efforts, the results will show, and such has been the case with Ankit Wadhawan too. Having played and won quite a few online poker titles in the past couple of years, Wadhawan recently took his game to the live circuit and he did so in style!

Prior to his recent scores, Wadhawan last cashed in two Deltin Poker Tournament (DPT) events in November 2016 where he made the FT in both and also bubbled the HR in the same series. While that DPT series was useful in boosting his confidence, the 26-year old shifted his focus to playing online MTTs and building his bankroll before announcing himself on the live scene in 2019 once again.

Born and brought up in Chandigarh, Wadhawan is a B. Com graduate from SD College in Chandigarh and the full-time poker pro recently made the move to Gurgaon. Part of all three major series over the last couple of months in Goa, India Poker Championship (IPC), Baazi Poker Tour (BPT) and World Poker Tour (WPT). He made a deep run in one Main Event, while also making the FT in two High Roller tournaments.

In September this year, he registered a career-best live cash of INR 12.7 Lakh for finishing 4th in the IPC High Roller which was eventually taken down by Pranay Chawla. His hunger wasn’t satiated and earlier this month, he went on to make the 4th final table of his career, finishing runner-up to Rohit Jinwal in the BPT High Roller. He beat his score from IPC, recording a new best of INR 27.7 Lakh for this run.

Just a couple of weeks back, we had the World Poker Tour (WPT) kicking off with its third edition in India and here, he finished 22nd in the Main Event from an original field of 630 entries, bagging another decent amount of INR 2,37,645 in prize money. Gutshot decided to catch up with Wadhawan and get an idea of how he goes about his poker training and what spurred on these massive results and consistency at the live felts…

Ankit, congratulations on doing well in all three live series which took place in Goa recently…

“Thanks. To be honest, all three events were really good. BPT was the best if you would ask me as a player, and if I have to be result oriented, haha. But yeah, kudos to all the organizers for doing such a wonderful job as always. One thing which would make everything better could be hosting these tournaments on land one day!”

Tell us the secret behind your consistency over the last month or two. What kind of a routine do you follow?

“I like to work out 5 days a week and I have study sessions with my coach Aditya Agarwal quite often. I believe that having a good routine is a must. In my opinion, a person lacking discipline wouldn’t go that far in any aspect of life. When it comes to consistency, there’s no real secret, except for the hard work I’ve been putting into my game. Fixing your own leaks, keeping up with the meta, being mentally strong. Having Adi as a coach is such a big blessing that I can’t even begin to explain. But yeah, joining PokerGuru could be termed as the secret sauce here. The sky is the limit and there’s a long way to go…”

How does it feel coming so close to winning but not being able to take away all the glory?

“I don’t know. I look at it at in a different way altogether. I’m glad and I’m grateful that I had such deep runs at IPC, BPT as well as WPT. I’m sure many titles will come as this is just the beginning. The future is bright.”

Some tough competition you faced during this recent period since IPC in September?

“There were so many players that it’s really hard for me to name just a few, but those who come to mind are Ashish Munot and Rohit Jinwal as they made me pay a lot on the felts.”

If you give away the poker life, what would be an alternate career option for you?

“There is no chance that I am giving up poker. I just can’t and I won’t, haha!” 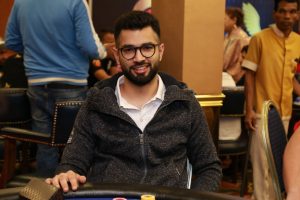 2019 has been a good year so far for Wadhawan and when this familiar face returns to Goa for the next big live tournament series, he will be feared by quite a few opponents. We’re expecting him to cash at a fourth consecutive series and who knows, maybe even return to Gurgaon with his maiden live title too! On a parting note, we asked Wadhawan what his ultimate goal is as a poker player and he said, “I aspire to play at the highest levels one day, and I plan to work towards it. It’s a GG scene I guess.”

For similar exclusive interviews with the top poker professionals and other major entities in the Indian gaming industry, stay tuned to GutshotMagazine.com.