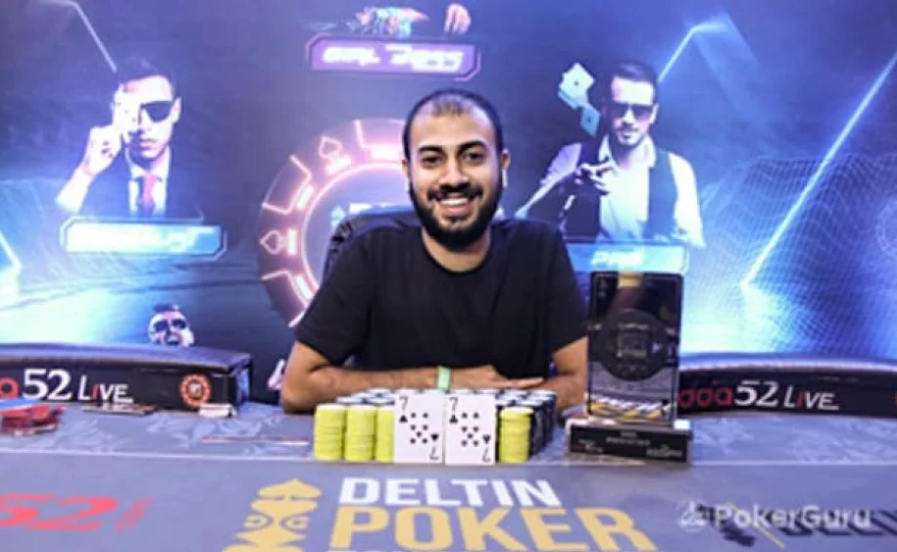 
And once again, India’s live felts are buzzing with yet another tournament series! The Deltin Poker Tournament (DPT), one of the prestigious names in live poker in the country is back with another edition of DPT Xpress (DPTX) especially for those with smaller bankrolls where the entire series expenses could come within a lakh!

Previously hosted in Casino Deltin Denzong in Sikkim, the 2020 version of DPTX opened with Burn N Turn Event in the luxurious floors of Casino Deltin Royale in Goa. The entire tournament was crowded by 197 runners for a buy-in of INR 5,000. This number saw the eventual creation of INR 9.17 Lakhs in prize pool. After the dismissal of Gaurav Gupta in the 18th position, the top 17 places were assured a min-cash.

Anish Juwarkar, a Management Consultant took only 20 minutes to come out on top and capture the title. It is interesting to note that Juwarkar first stepped in the live felts a decade ago and it was only last year that he finished 5th in DPT Xpress Main Event earning INR 1.45 Lakhs and 6th in DPTX Bounty Event in Goa.

Juwarkar paced through the final table with the shortest stack but managed to double through Anuj Laddhad. It was Prashant Jain Bhutoria to drop out at 11th place for INR 23,000 giving way to the final 10 players. Following his club was Dipika Agarwal and Laddhad in a three-way pot who couldn’t dominate pocket Jacks of Clinton Fernandes and left the tournament in 10th and 9th place, respectively. Fernandes’ next victim was Sharan Randhawa in the 8th place and soon after which the final 5 runners opted for a 5-way deal.

The prize pool was shared among these 5 players. Rajat Singh was the one to take home the largest portion from the prize pool bagging INR 1.58 Lakhs, Dhaval Doshi earned INR 1.37 Lakhs, Fernandes with INR 1.28 Lakhs, Juwarkar locked INR 1.08 Lakhs and Karan Mehta with INR 98,200.

Following Mehta’s exit, heads-up got underway. By then, Singh was ahead of Juwarkar in chips, but the latter managed to take the lead and ultimately captured his first-ever DPT title after Singh’s Kc Ks failed to take over Juwarkar’s As Jh hitting a straight.

For more updates on DPTXpress or other poker tournaments taking place around the world, keep reading GutshotMagazine.com and stay tuned!