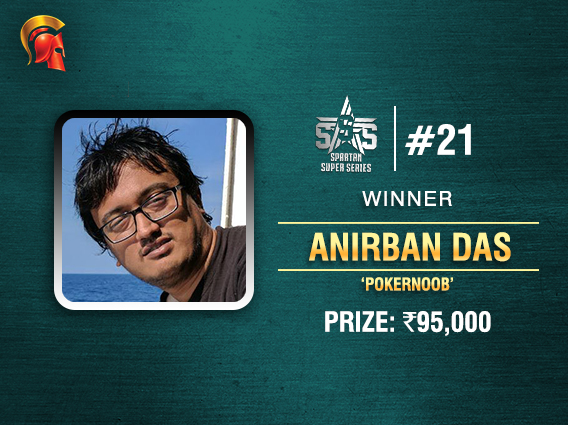 
The Spartan Super Series (SSS) is currently running on The Spartan Poker and a whole lot of exciting tournaments have been taking place, with several new winners being crowned every day. However, here’s someone who isn’t a new winner – Anirban Das aka ‘pokernoob’.

pokernoob is one user you will always find during high-value tournaments on Spartan, and yesterday, he shipped the final tournament of SSS Day 4. He also became the first player of the ongoing SSS series to win two titles, after winning the night tournament on SSS Day 2 as well.

Gutshot caught up with Das after this victory. He said, “alwaysmile and Mashi_Hun_Bhai played a really sick game. I was focussing mainly on the SHR, so was playing this on the side. The structures for the SSS this time are really good which meant that I could hang around with 5-6 BB with 15-16 left and was happy I could convert that into a win. Lastly, shout out to my wife. She wanted to get an iPhoneX on the Amazon/Flipkart sale, but this win allows us to get it for free with a dinner thrown in as well 🙂 Thank you to The Spartan Poker!”

Apart from this victory, Das also went on to finish 5th in the SSS Super High Roller, where he won INR 4+ lakh. These two performances as well as the title on SSS Day 2 helped him to finish Day 4 at #2 on the SSS Leaderboard, now only behind ‘degen123’. Updated SSS Day 4 Leaderboard: 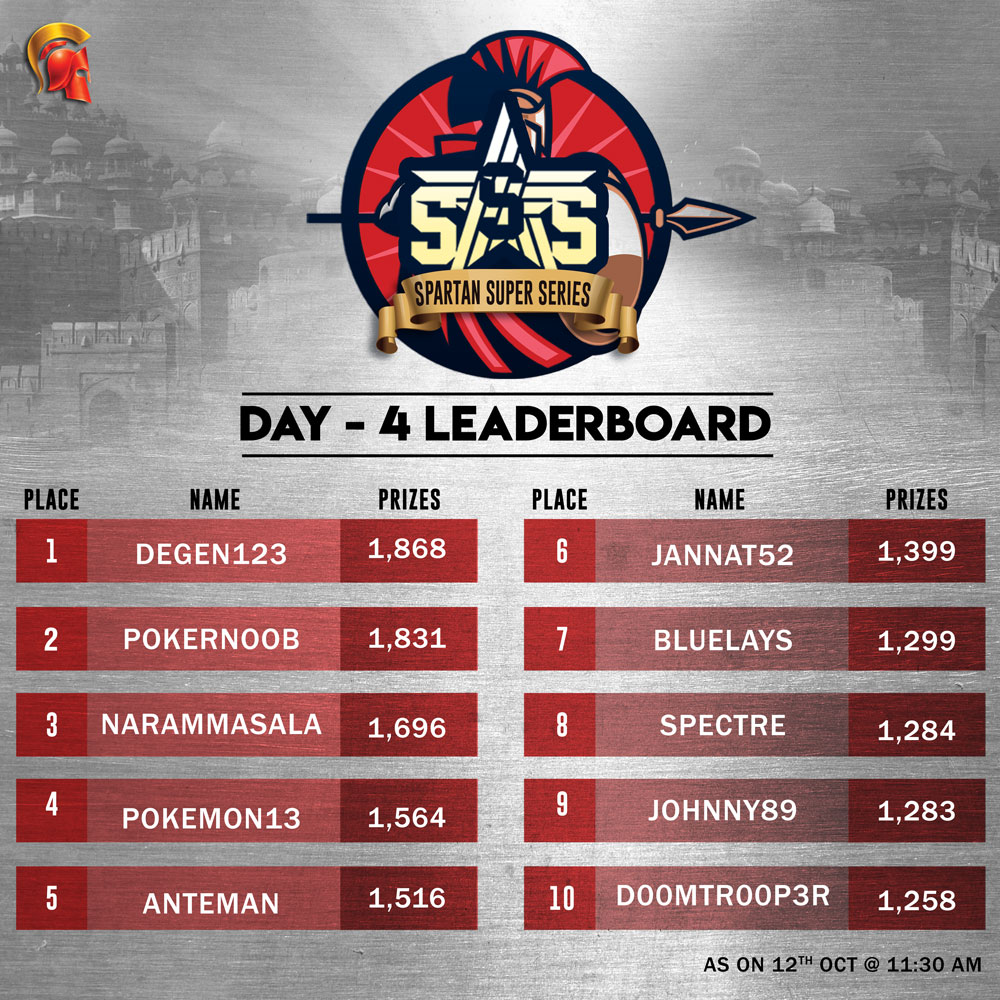