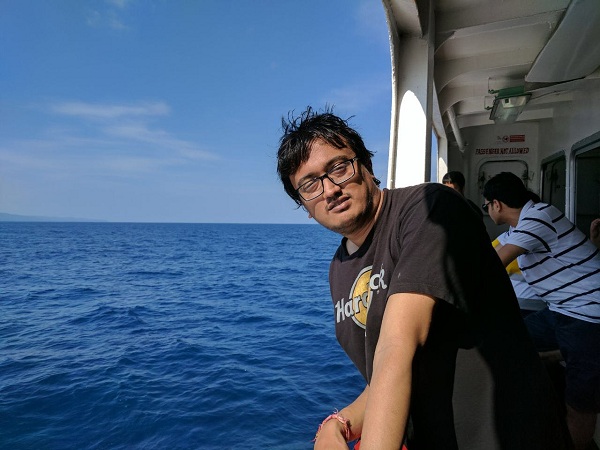 
Consistency. The word can be a bane or boon for a poker player. As far as Anirban Das a.k.a ‘pokernoob’ is concerned, it is definitely the latter. Wednesday night saw Das ship another Destiny title at The Spartan Poker and with that he goes onto the make it to the Destiny SnG Finale which will take place a few weeks from now. The recent Destiny tournament event saw Das take top prize of INR 562,500 outlasting 438 entries. He battled the final headsup round against ‘ZIIGMUND’ who would have to settle for the runner-up purse of INR 412,500.

Speaking with Gutshot, Das said, “It was good to win this one after 3rd place at the Moneymaker. What made it extra special was it came on the back of a dry run at TheSpartanPoker for the past month or so. Being dead last holding just 1.5 BB at the bubble was a challenge and to come back to win it from there feels great! Also, the fact that it’s Destiny, which is anyway my favorite Spartan tourney having shipped once myself and once by my wife too.”

In Level #42 with blinds running 70,000-140,000-14,000, the showdown between ‘pokernoob’ and ‘ZIIGMUND’ saw a raise and re-raise match till the river. ‘pokernoob’ with Ks 8s overcame ‘ZIIGMUND’ who was holding Qh 4s on a board of 2h 4c 2d Kh 3c. The board gave two pairs, Kings and Twos to ‘pokernoob’ and also the title of this particular Destiny tournament.

Previously Das has won the Las Vegas poker package last year from TheSpartanPoker.com. Although that big prize was not via the Destiny Finale SnG route. Instead true to his consistent run, Das claimed five monthly leaderboards for INR 2 Lakhs each which landed him the big prize of the INR 10 lakhs Vegas package. He will in fact, as a result of that leaderboard win, be heading to Las Vegas this year to play the biggest live tournament in the world. For those of you who are unaware, the Vegas package is a pretty sweet deal for qualifying players which includes $10,000 in tournament ticket along with return flight tickets as well as hotel stay for the duration of the live tournament.

We are now at the halfway stage of this fourth edition of the Destiny series. Another five winners to go before these 10 battle it out for that 10 lakhs Vegas package. Stay tuned to GutshotMagazine.com for ongoing updates from these and other feature tournaments.