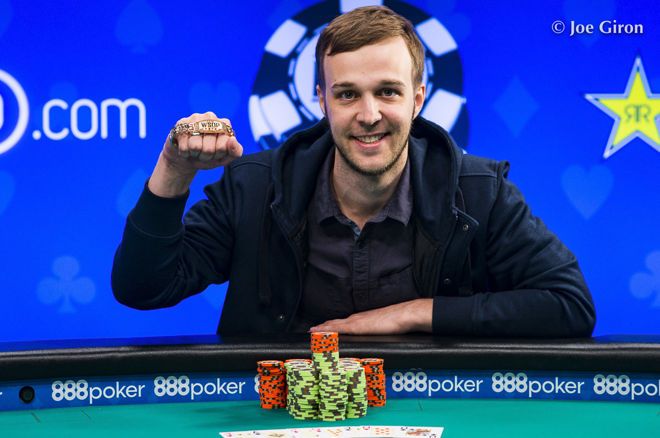 
Andrey Zhigalov took down the 2018 World Series of Poker $1,500 H.O.R.S.E. event. He won this first WSOP gold bracelet by outlasting a field of 731 and got to take home the winner’s payday of $202,787 in first-place prize. “I’ve been dreaming about this since I was 16,” Zhigalov told WSOP reporters. He originally imagined winning the Main Event, but now primarily focuses on mixed games. “It’s boring for me. When I get only two cards, I think ‘Where are the others?’”

The 29-year-old Russian is an accountant by profession who has had many cashouts at the WSOP but they have come mostly in mixed game events. This cash out was by far his largest ever win. Zhigalov survived to the unofficial nine-handed final table as one of the shortest stacks, but he was able to mount a comeback and by the time play was halted for the night at the end of day 3 he held a slight lead over his lone remaining opponent in Tim Frazin. With large betting limits things went quickly. By the time the final hand arose he had built a huge lead. Frazin got his last chips in on third street playing Razz. The hands came down as follows: