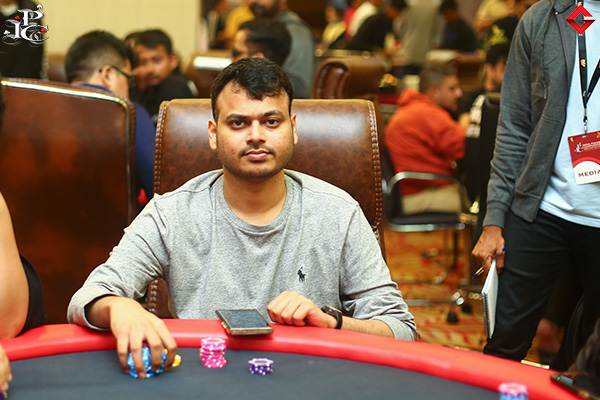 IPC Megastacks May 2022 100K High Roller winner Alok Birewar raised an initial preflop bet to 9 BB with his Jh Qh. Two other players called the raise. The flop ran 6 ♠ 2 ♠ T ♦ with nothing for Birewar but he chose to bet 10 BB and tried to take the pot down. Sunil Choudhary called the bet. The turn was 4 ❤ and once again the same action followed when Birewar raised to 22.5 BB. The river was 2 ❤ and Birewar not having hit any pair decided to bluff by barreling again on the 3rd street and went all-in with his entire stack and Choudharyafter tanking for a while decided to call it off with his 3 ♠ 3 ❤ and caught Birewar’s bluff. That was a super call by Choudhary on the river thereby busting the IPC Megastacks May 2022 100K High Roller winner.