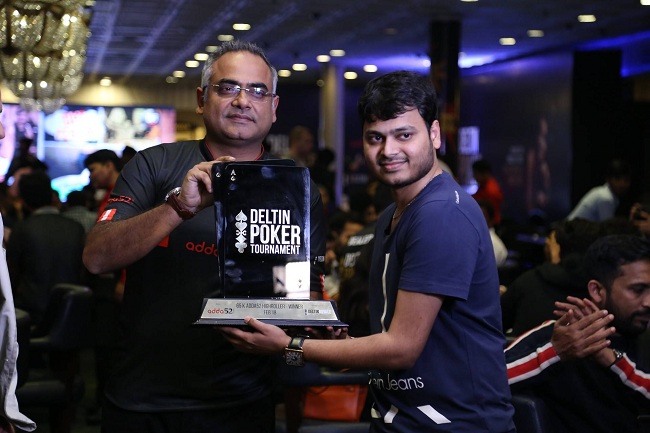 
The first Deltin Poker Tournament of 2018 is currently underway with some of the top poker pros from India making their way to the Deltin Royale in Goa, to be a part of the action. Over the weekend, we reported the news of Vivek Singh winning the opening event, while the INR 65,000 buy-in High Roller event was also taking place simultaneously.

After two days of grinding and having beaten a total of 90 players who took part in this highest buy-in event, it was Alok Birewar from Ahmedabad who emerged victorious, winning a handsome amount of INR 17,74,000 for the top prize. A total of 27 players made it to Day 2 of the event and Sumit Sapra was leading these survivors. However, he wasn’t able to go all the way.

The final table included two women poker players, including Muskan Sethi who was recently felicitated by the President of India for being India’s first female professional poker player. Vaibhav Sharma led this final table but was busted in 3rd place, even though he held the chiplead for majority of the time.

Eventually, it was Nikhil Jain who reached heads up with Alok Birewar, with the latter holding close to a 2:1 chiplead over Jain. In what became the final hand, Jain went all in with K-9, only to be called by Birewar, who held A-Q. The board ran out 10-2-2-A-6, providing no further assistance to Jain and giving Birewar the hand and the title, with A-pair. 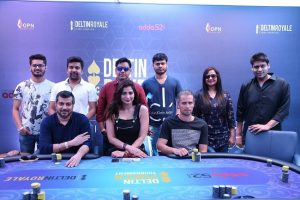 Gutshot had a word with Birewar after this win to ask him about his experience at the Deltin Poker Tournament, and also about winning the High Roller event. He said, “It feels great to finally win a tournament. I’ve finished at the final table twice before in other events, so closing one means a lot. The overall experience was much better this time as the structures were much better compared to before.”

Along with other events taking place at the Deltin Poker Tournament, the 35k Main Event is also underway, with the final day action to begin later today. Keep watching GutshotMagazine.com for a full update on that event!