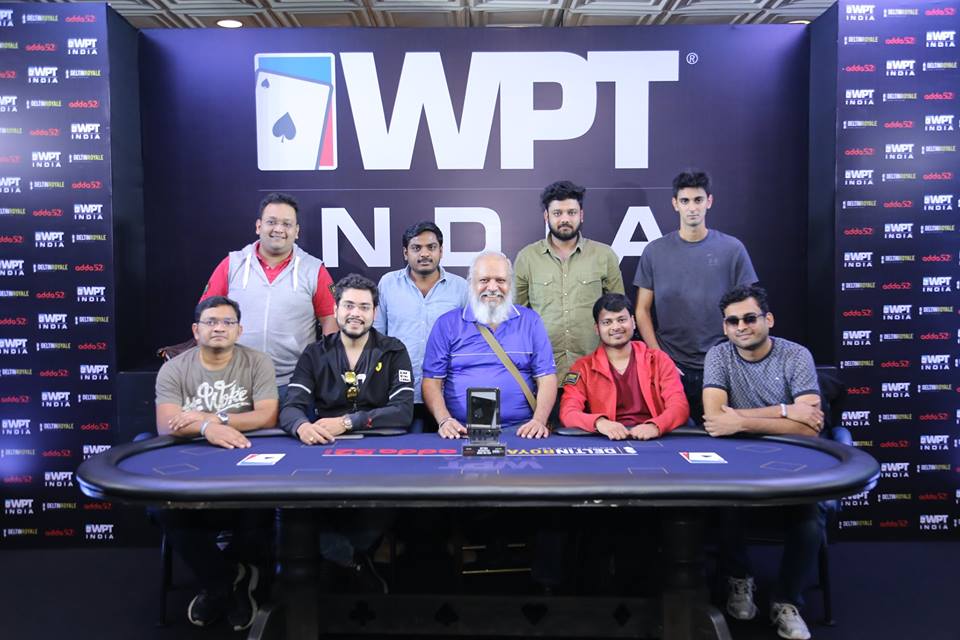 
Just yesterday, we had Abhishek Jalan shipping the WPT India 35k Superstack Event at the Deltin Royale in Goa after finishing second in the chip lead the previous night. Similarly, we have another player in Alok Birewar who took advantage of a Day 1 chip lead to go on and win the 25k Big Bounty Event. Remember, this player also won the 65k DPT High Roller in February this year.

35 places were to share the INR 34,88,640 prize pool and by the close of play yesterday, 21 players bagged their chips to continue on Day 2. Alok Birewar was leading these survivors and it wasn’t too long before the eliminations began on Day 2, with Raghav Bansal and Vaibhav Shah busting in 20th and 21st place respectively, each taking away INR 38,500.

Another major exit from the tournament was WPT India 2017 Bounty Champion, Sameer Tavanandi, who began as the shortest stack of the day and finished in 18th place for INR 47,200. Vinay B was one of the next big names to hit the rail, and it was a brilliant hand that saw him walk out. Holding JJ, he was up against QQ on the small blind and KK on the button. All players had their chips in the pot and Vinay had to make an exit from the tournament.

Gutshot spoke to Vinay B and asked him about his run that saw him finishing in 14th place for a prize of INR 56,100. He said, “The tournaments are very well organized in this edition of the WPT India! The numbers are amazing this time, crossing last year’s easily. Overall, very good structures in all events. It has been a fun experience so far. I will now play the 55k Main Event Day 1A.”

As the day went by and the grind continued, chips were exchanged among the players and quite a few found their way out before the Final Table was set. Rajnish Kumar ended as the FT bubble player, exiting in 10th place for INR 65,400 as the players posed for a picture for the 9-handed FT. 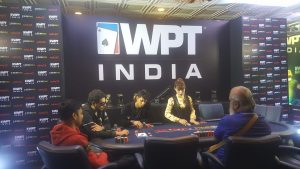 Leading this bunch was Sanjay Taneja, who began the day with a medium stack of 156k, but eventually took over from the overnight chip leader Alok Birewar. Play kept getting more intense as a few more bust-outs occurred and the big money prizes came into the picture. Both Birewar and Taneja kept up their good runs, reaching 3-way play along with Zarvan Tumboli.

Very soon, the heads-up battle began between Birewar and Taneja, with Tumboli busting out in third place. He started as the 5th largest chip stack at the beginning of Day 2 of the Big Bounty Event and did well to finish 3rd for INR 3,53,500. Even though the Main Event was also taking place simultaneously, the crowd was looking on to see who will pick up the trophy here. 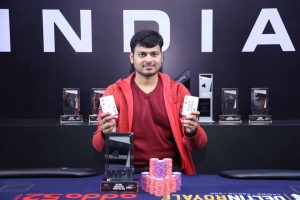 Gutshot caught up with Tumboli as well, to know about his experience. He said, “Bounty is one of my favourite tournament formats and it’s always fun to play. I’m really happy with the overall numbers this series has seen and also to see so many new faces every time I come to Goa to play. This proves Poker is really growing in India.”

Eventually, it was the Day 1 chip leader Birewar who kept his calm played some good spots right through the day to take down the INR 25k Big Bounty Event, picking up the massive cash prize of INR 7,80,00. Taneja ended a brilliant run in second place, picking up INR 5,49,600 in prize money, while the players also cashed out their bounties worth INR 11,000 each.