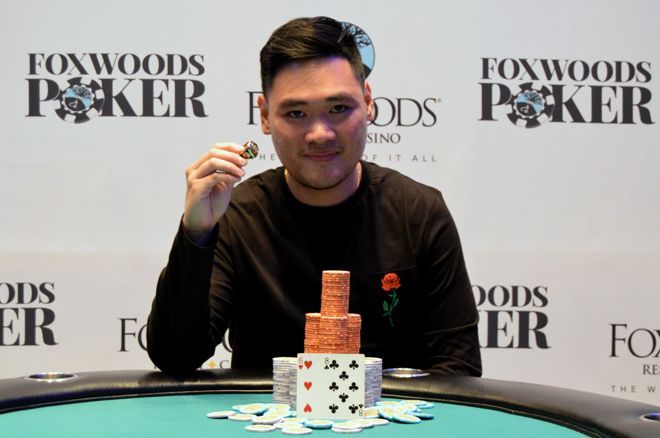 
The 2018/19 World Series of Poker Circuit kicked off not too long ago, with the first stop being the WPT Gardens, where Simon Lam won the Main Event. Now, there’s a stop at the Foxwoods Casino, with Event #2: $600 NLH Multi-Flight making one player richer by a 6-figure amount.

That player was Brooklyn’s Alex Jim, a 26-year old poker player, who notched up his career-best live poker win, taking home $134,570 for shipping this Multi Flight Event at Foxwoods, Mashantucket. He bested a field of 1,560 entries to win his maiden WSOP gold ring, and he was handsomely rewarded for the same.

Prior to this win, he had barely around $70k in live poker winnings, being primarily an online player. “I’ve been grinding hard for a few years now, mostly online. I started transitioning to playing a lot more live poker as of recently and it’s nice to finally close one out and get a nice result and decent score after getting close so many times,” said the player after this win.

With this win, he gained 50 points towards the Foxwood’s stop’s leaderboard, and will be looking to take down the Foxwoods Casino Champion title, which will gift him a seat into the season-ending Global Casino Championship as well. Prior to this win, his previous best live cash was just $10,664, which he won at Foxwoods itself, in 2015.

Over the weekend, the $1,700 Main Event will be contested at Foxwoods, and you will get an update of that tournament on GutshotMagazine.com, so stay tuned.