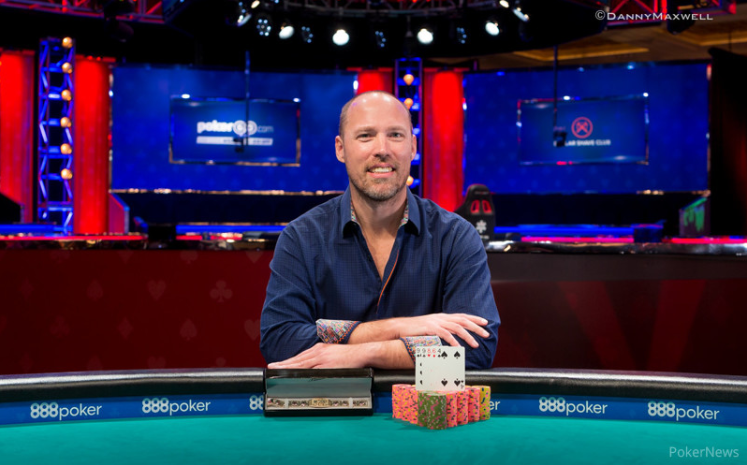 
Everyone loves success stories, and the World Series of Poker never fails to bring to light such success stories each year. At the 2018 WSOP, we’ve heard of new winners being crowned every day, the most recent example being Robert Peacock, who won his maiden gold bracelet earlier today.

Here’s another first-time winner in Scott Bohlman, won also won his maiden gold bracelet a couple of hours back, for shipping Event #40: $2,500 Mixed Big Bet. However, he’s had a long journey before getting to this bracelet. June 2005 was the first time he participated in the WSOP and after 13 years and 51 WSOP cashes, he’s finally managed to strike gold. Literally!

He had to face a lot of competition on the final table, facing the likes of Daniel Weinman and 2-time bracelet winner, Ryan Hughes. He beat Hughes in heads-up and admitted that he really like this format of the game, which debuted at the WSOP just last year. “I didn’t get to play it last year, so I didn’t realize how fun it was. I think the average and having antes in every game made it really fun and interesting,” said Bohlman.

Keep reading GutshotMagazine.com for similar stories on poker tournament wins from the 2018 WSOP and from other parts of the world as well.