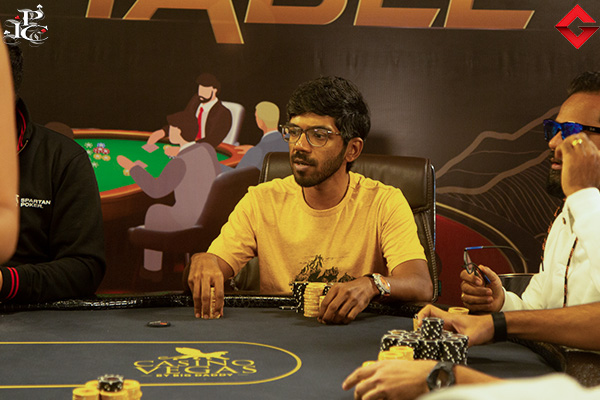 Siddhanth Kripalani is the IPC Megastacks May 2022 Main Event winner. After an interesting FT and an even more interesting heads-up, the final hand had to be the most exciting one and man, it was just that – The Perfect Climax! India’s first WSOP bracelet winner and India Poker Champion 2010, Aditya Sushant finished at the runner-up spot for ₹33,50,000.

Sushant and Siddhanth Kripalani got into a deal before the heads-up, according to which, Sushant, who had the shorter stack would take home ₹33,50,000 and Kripalani would take ₹39,72,700 as he held the larger stack. However, the two players continued to play for the title and the coveted IPC trophy.

We asked Aditya Sushant about the reason why he took the ₹33,50,000 deal, to which he replied, “To be honest even I am wondering. I’m also not very sure and I myself need to figure it out the next time. Also, Ender (Kripalani) is a friend, so that factor also came into play when we were discussing.” Talking about the difference the additional ₹3 Lakh would make to him, he says, “Yes, the ₹3,00,000 will not make a significant difference, however, as mentioned maybe if there was some other player I’d have gone for the full ₹13,00,000 difference between position 1 and 2.” Now that’s what we call #FriendshipGoals, isn’t it?