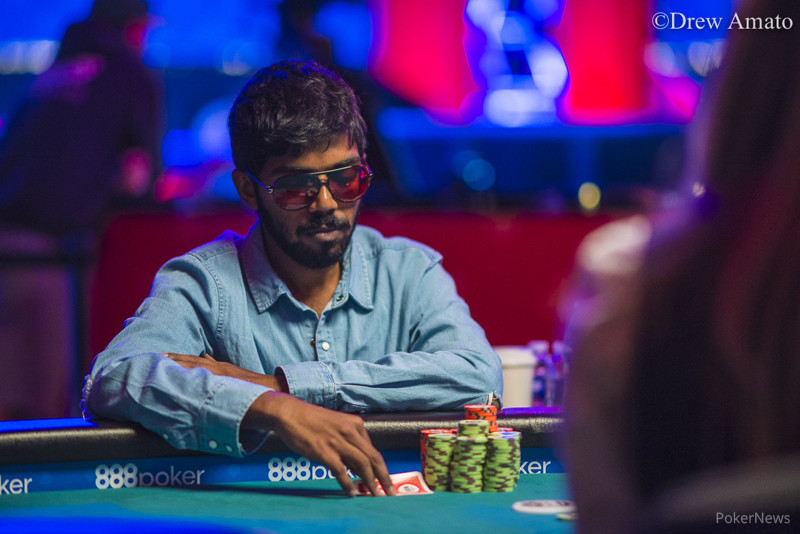 Aditya Sushant headlines Little One for One Drop


Talk about people on a hot run in poker and you cannot miss out on the name Aditya Sushant. The Indian poker pro has been getting big scores everywhere, in both online as well as live poker in India. He also has a couple of cashes in this year’s World Series of Poker in Las Vegas, after getting there much after the series began.

Sushant brought home India’s first ever WSOP gold bracelet last year when he shipped the Tag Team Event with Nipun Java. There’s a good chance that he repeats the achievement this year, currently second in the chip lead after Day 2 of Event #68: $1,111 The Little One for One Drop No-Limit Hold’em.

Having a relatively low buy-in, the event attracted a massive field of 4,732 entries and quite a few Indians progressed to Day 2 from the three starting flights, as we reported earlier today. Sushant took advantage of the big stack he had at the end of Day 1C and kept building on it today, eventually finishing with 1,341,000 chips, very close behind the leader Justin Liberto – 1,399,000 chips.

Only 125 players will move into Day 3 of the tournament and we’re hoping Sushant can have another good day tomorrow. It will be a tough field for him, with over 10 previous bracelet winners in the mix, including 4-time bracelet winner Dominik Nitsche. Sushant has nearly $500k in live cashes and he will improve on that tomorrow.

The payouts have begun, with the current payout at $3,654. A massive amount of $559,332 has been kept aside for the first-place finisher and Sushant will have his eyes on that top prize. He will have to finish in the top 7 of this tournament to beat his best live cash of $75,319, which he earned for shipping the tag team event last year.

The only other Indian who got through to Day 3 is Sanjay Taneja (203,000). Keep reading GutshotMagazine.com to see how well these players do tomorrow in the Little One for One Drop event.