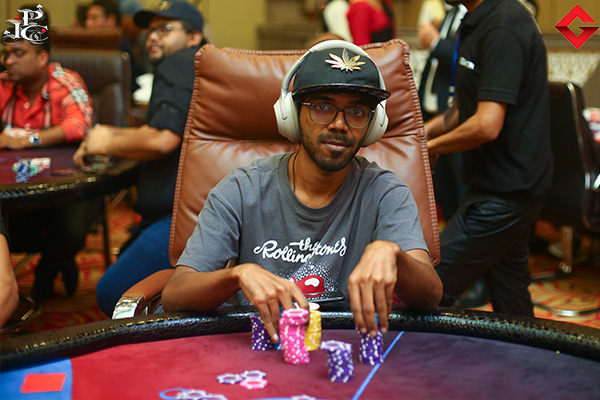 Allwyn Saldanha with pocket queens bet 8,000 which was called by Aditya Sushant. The flop came out Q ♦ K ♣ 6 ♦ and Saldanha flopped a set and bet 12,000 into the pot. Sushant called again and the turn card opened to J ♣, Saldanha then 3-bet 21,000 which was again called by Sushant. The river 3 ♣ came and Saldana 4-bet with 32,500 and Sushant called once again. However, Saldanha won the massive pot of 164,500 and we were unable to see what Sushant had as he mucked his cards. Whatever his cards must have been, there’s one thing we’re sure about…that Sushant will need a miracle to recover his loss, this late in the tournament.