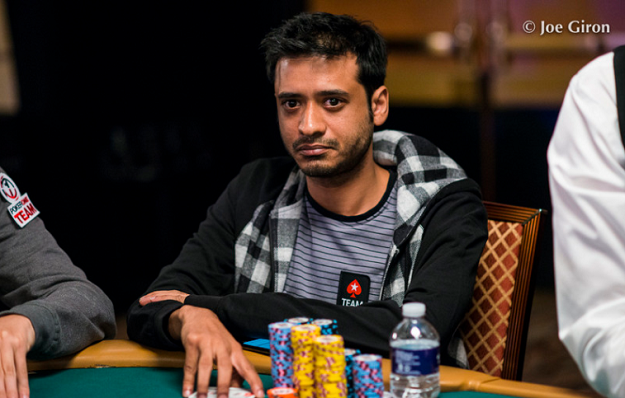 
Aditya Agarwal is one of India’s best chances to bring home a bracelet from the 2018 World Series of Poker. With nearly $1 million in live poker cashes and a best score of HKD 1,900,000 ($242,211) that he earned for finishing second at the APPT Macau Main Event (March 2018), you can understand why he’s one of the best.

At the 2018 WSOP, the PokerStars Team Pro had two cashes worth slightly over $6,000, before entering into Event #37: $1,500 NLHE. Yesterday, while Paawan Bansal and Nipun Java moved on to Day 3 of the Double Stack Event, Aditya Agarwal made Day 2 of Event #37.

Agarwal has been one of India’s best for a very long time now, making appearances at the World Series in Las Vegas for over a decade. He showed a lot of promise, finishing Day 1 of the tournament with 71,800 chips. Female player and India’s latest PokerStars Pro Muskan Sethi also registered to the event, but busted in 261st place, where only 200 places were to be paid out.

Agarwal came out on Day 2 to make India proud once again and ran deep, playing among some of the best pros from around the globe, and eventually, he was eliminated in 45th position, for a prize of $6,482. This was his best cash of the series so far and will be wanting to better it in the events to come.