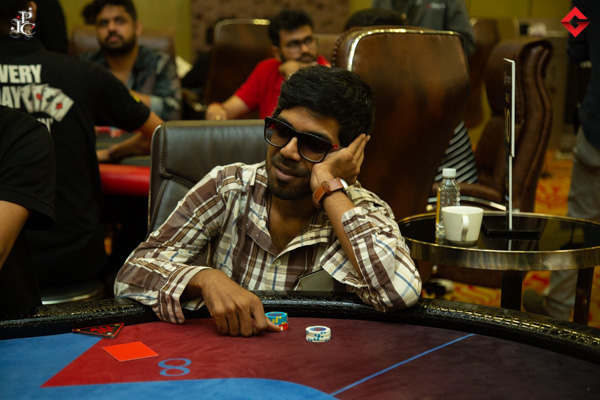 At Level 12 with blinds at 1,500/2,500, WSOP bracelet winner Aditya Sushant bet 5,000 preflop with Ace-Queen suited which was called by Anuj Mishra who held Qd Js. The flop opened 9c Qs 8h and gave both players a queen-pair which hinted that a sure shot action was to follow post-flop. The action checked to the turn (4d). Sushant bet 4,500 and Mishra shoved his stack of 14,500 chips. After careful deliberation, Sushant tank called and the river (3h) did not bring anything to both the players. The pot then went to the WSOP bracelet winner who had an ace kicker and Mishra busted from the event.