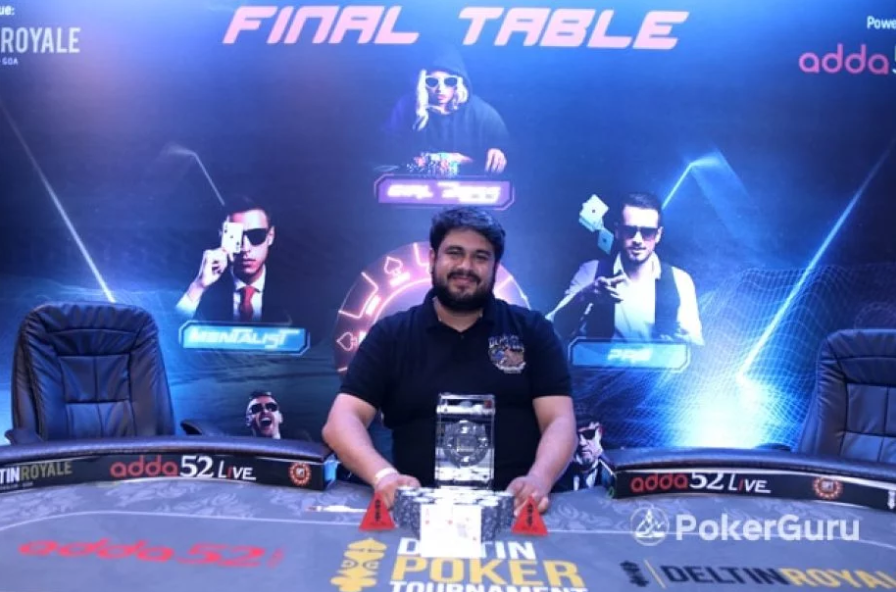 
One of the prestigious names in live poker tournament in the country, the Deltin Poker Tournament (DPT) hosted the fourth edition of DPT Xpress catering to the players with smaller bankrolls as the entire series expense comes within a lakh. The festive week halted with Abhishek Sharma topping the INR 10K Deepstack Turbo after a heads-up deal.

The final event garnered 78 entries for INR 10,000 buy-in eventually creating a prize pool of INR 7.49 Lakhs which reached the top 10 finishers locking up a min-cash of at least INR 22,100. Unfortunately, it was Dhaval Doshi to become the bubble boy this time missing out on his fourth final table finish in the current series.

The first one to drop out was Aman Gupta in the 9th place when he lost to Natesh Sirpaul. After a gap of just 10 minutes, Nitin Moghe followed his path when he couldn’t overtake Amit Mishra’s trip 4. But that was it for Mishra who was knocked out by Abhishek Chinna in the sixth place. After Sirpaul’s dismissal in the third position, heads-up got underway and by now Sharma accumulated 910,000 chips who was up against Vaibhav Saxena with 860,000 chips. The finalists agreed for a heads-up deal and Sharma secured INR 2.07 Lakhs in prize money while Saxena received the second-place payout of INR 1.95 Lakhs.

The finalists now battled for the trophy and the tournament ended with Sharma holding Ad 10s up against Saxena with Ah Jh. The board opened 8h 6d Qs 5s 6c and Sharma’s Jack kicker gave him his first-ever title along with the trophy!

For more updates on poker tournaments and other industry news around the world, keep reading GutshotMagazine.com and stay tuned!