A Battle Of Two Pairs 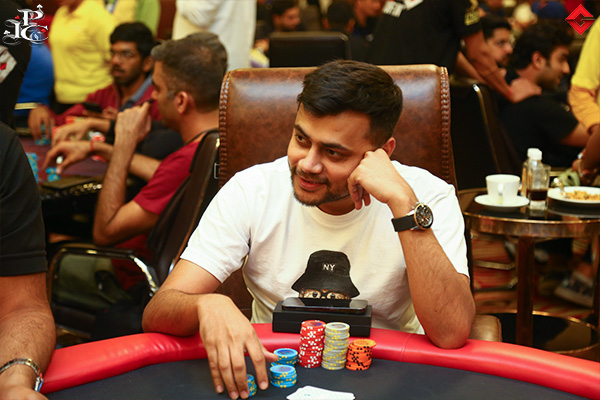 At Level 7, Rishabh Malik bet 9,000 preflop with Q ❤ Q ♣ and was called by Sarla Ramakrishnan who had hole cards six eight suited. The flop opened to 8 ♠ 9 ♠ 2 ♦ and Ramakrishnan called Malik’s 11,000 bet post an initial check. The turn opened 2 ♠. With both players having two pairs on the board, Malik bet 13,000 on the turn which was once again called by Ramakrishnan. The river showed 6 ❤ but wasn’t able to help Ramakrishnan as Malik still had the higher of the two pairs (QQ, 22 > 88, 66). Thus, the hand was won with Malik’s pocket queens.