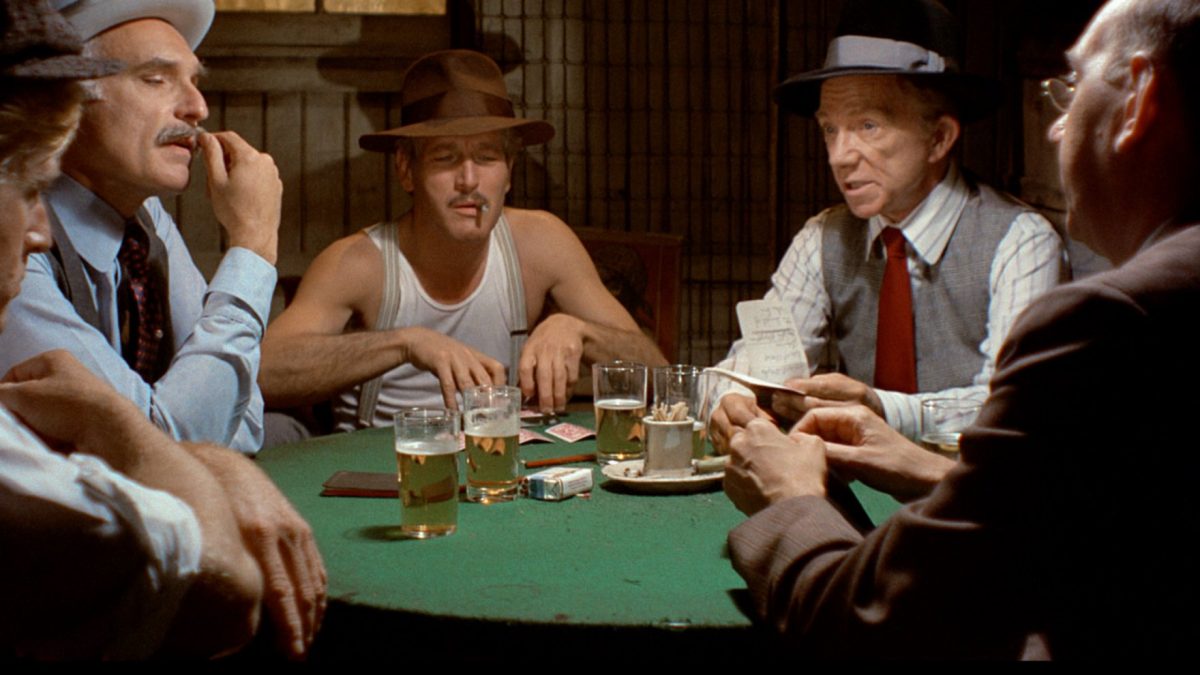 
Hollywood always seems to have a quick scrutiny in movie plots that have a huge potential of audience engagement. One such profitable subject of mass entertainment is ‘Poker’ which in spite of being a table game is played both, online, offline and offers the adrenaline factor to its admirers, hence why should Hollywood pull back from building entertainment and its bi-product ‘profit’ around it?

Gutshot, as a pioneer in Poker education gives these movies a green flag in terms of audience engagement and Poker fandom pull. Here is a list of movies that is an absolute must watch if you love Poker, have a budding interest in the game or if none of the above, then these movies will get your interest hooked in the legendary game that Poker is.

Lucky You – Its difficult for a man to choose the love of his life between a woman and Poker. The movie revolves around the love of a man for Poker and an aspiring female singer (Drew Barrymore). The man, in spite of having terrible patience issues and a troubled relationship with his Poker champion father goes on to participate in World Poker Championship, the rest is history. The movie offers mild drama, some romance and a lot of Poker!

Rounders – Matt Damon and Poker, the movie couldn’t get more fascinating! The movie ‘Rounders’ shows both, the gruesome and awesome sides of Poker where Matt Damon plays a boy with an undying love for Poker who gets caught in a financial and emotional rut when he loses a huge sum of his bank roll to the opponent an eventually gives up on the game to save himself from future inconveniences but, as fate has it, Damon stumbles on an old, not-so fair Poker player friend who somehow gets him in the game again which leads to Matt winning back not only just his bank roll but also a surplus that helps him participate in World Poker series.

Casino Royale (2006) – The name ‘James Bond’ speaks for the movie, Casino Royale is a one of its kind movie being the first to have Daniel Craig play the character M16 agent James Bond as a younger version of Bond playing the grounds to acquire his ‘license to kill’ where he is assigned with a project to bankrupt a terrorist financer by outsmarting him in a high-stakes Poker game. The movie involves intensive casino scenes and classic romance between Vesper Lynd and Daniel Craig.

Maverick – Seems like Poker has left no genre untouched including drama, adventure, romance and comedy. Maverick is a movie around Poker that begins with his escapade to prove the world that he is the best Poker player of his era, the male lead ‘Maverick’ played by Mel Gibson is then joined by two other characters on his way which give the movie a hilarious turn along with an on the edge adventure around the three main characters getting engaged in various feats.

The Cincinnati Kid – The movie ‘The Cincinnati Kid’ is moulded into a film from the original classic novel by Richard Jessup. The script revolves around three main characters- ‘The Kid’, ‘The Man’ and ‘The Shooter’ surrounded by the Poker life. Though the movie gained mixed reviews from the critics, it made a safe place in the entertainment space with the characters widely appreciated for their portrayal on the screen from the Richard Jessup classic to the movie.