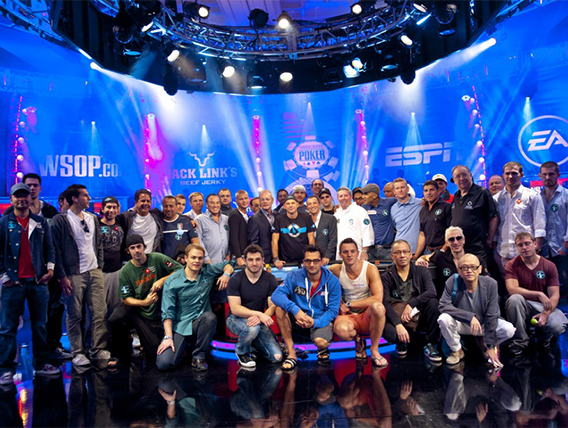 
The Big One for One Drop, which features a $1 million buy-in is back on the World Series of Poker (WSOP) schedule this year. Because of the buy-in this tournament generates great interest among poker enthusiasts The WSOP put out a press release recently announcing that 30 players have confirmed their participation in the Big One.

Big One for One DropThe entire list of 30 names has not been published, but the WSOP did list the following as part of the contingent of 22 poker pros who have been confirmed: Daniel Negreanu, Antonio Esfandiari, Christoph Vogelsang, Bryn Kenney, Nick Petrangelo, Rainer Kempe, Dominik Nitsche, Steffen Sontheimer, Jason Koon, Phil Ivey, Adrian Mateos and Phil Hellmuth.

The other eight players are recreational players, though in this tournament, those rec players are typically quite solid. Rick Solomon, Talal Shakerchi and King’s Casino (home of this year’s WSOP Europe) owner Leon Tsoukernik are the three non-pros mentioned in the announcement.

The Big One for One Drop debuted in 2012, dropping jaws with its $1 million buy-in. Caesars took no rake from the tournament and $111,111 of each buy-in went to benefit the One Drop Foundation, a charitable organization founded by Cirque du Soleil creator and poker aficionado Guy Laliberte. The goal of One Drop is to make clean, drinkable water accessible in parts of the world that struggle with such a basic necessity of life.

Antonio Esfandiari won the first Big One for One Drop and an astonishing $18.3 million. The tournament was not held in 2013, mainly because people weren’t quite ready to shell out $1 million for a poker tourney every year, but it returned in 2014. The number of entries dropped from 48 to 42 as Daniel Colman took the top prize of $15.3 million.

2016 was different, as the Big One was moved to a special event week in Monte Carlo and shut off to professional players. The tournament garnered just 28 entries (26 players and two re-buys); Elton Tsang took first and €11,111,111 (the buy-in was naturally changed to Euro).

In its three years, the Big One for One Drop has raised $13.7 million for charity and paid out more than $100 million in prize money.

This year, only $80,000 of the $1 million buy-in is going to the One Drop charity, which is a bit curious, as the main purpose of the tournament is to raise money for the cause. The WSOP has not said why this was done, but a decent guess would be to entice players to sign up as registration numbers have dropped each year. Having more money in the prize pool may be an incentive.

Players who want to reserve a seat in the Big One are required to pay a non-refundable $50,000 deposit by July 10th and this tournament is also capped at 48 players.