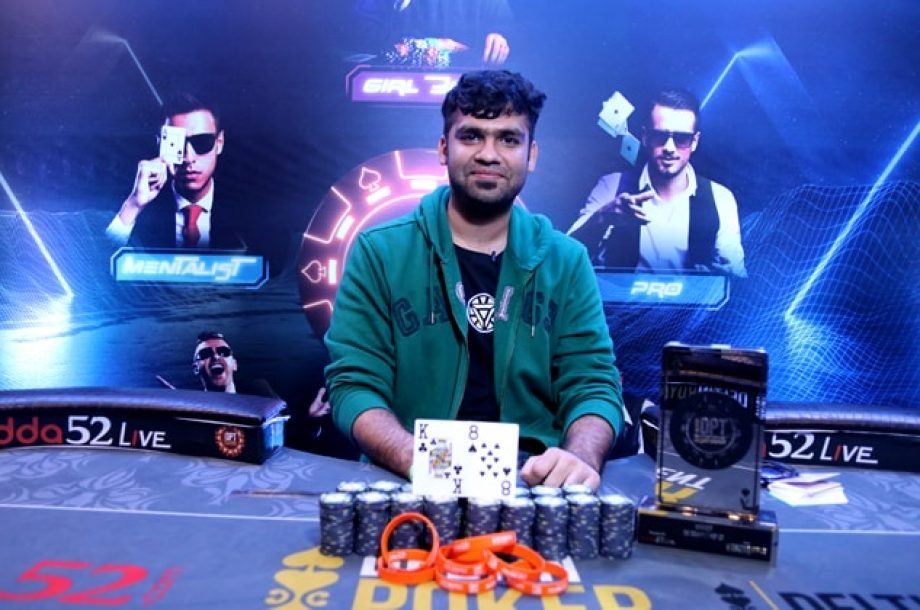 
Live felts are charged up with immense action as the 2020 Deltin Poker Tournament (DPT) Xpress is right here at Goa’s Casino Deltin Royale. After a successful opening event, Day 2 of the series halted after crowning Tanmai Relwani taking down INR 10k Bounty!

The tournament commenced at 5 pm and by the end of the registration, we had 128 entries. Relwani was among the shorter stack and in no time, he doubled up through Priya Agarwal. Relwani started off his 2020 on a great note, triumphing the 2020 BPT PLO for INR 5.80 Lakhs. It was only last year that the champion stepped into the live circuit and finished 12th in DPT Bounty. In the same year, he also battled to finish 8th in WPT India Big Bounty for INR 83,073.

The action picked up the pace after Jaydeep Dawer bubbled the final table in the 10th place earning INR 45,300. Relwani entered the FT in the 6th position with 189,000 chips. The first casualty was Agarwal who failed to overtake Dhaval Doshi’s pocket fives. Joining her club was Kshitij Kucheria in the 8th position. Following the fall of players one after another, it was Dhaval Joshi to give way to the heads-up play.

By this time, Tamai accumulated 1.63 million chips up against Sandeep Sharma with 283,000 chips. It all came to an end when Relwani shoved with Kc 8s and Sharma called with Qd Jh. The board immediately ran 9h 5c 4c 7d 7h which appeared blank for Sharma and that’s when Relwani lifted the trophy to bag his second title of 2020 along with INR 2.08 Lakhs in prize money!

For more updates on DPTXpress or other poker tournaments taking place around the world, keep reading GutshotMagazine.com and stay tuned!