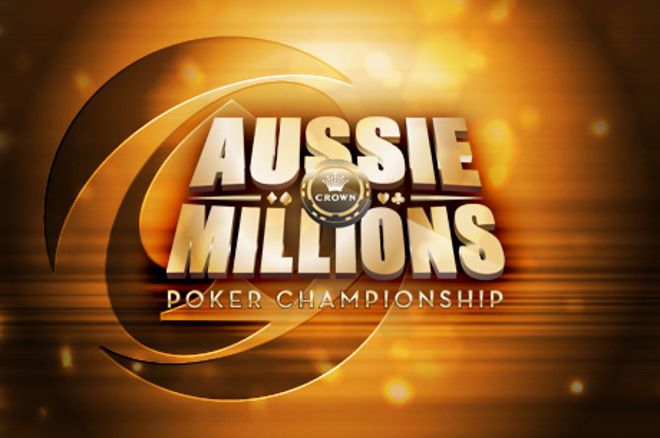 Similarly, another prestigious poker tournament series has released the schedule for its next series. The Aussie Millions is the biggest live poker series to be held in Australia and the annual event has been growing with the passing of every year. The 2018 Aussie Millions ended early in February with Toby Lewis winning the Main Event.

The 2019 Aussie Millions will also take place at a similar time, scheduled between 15 January and 4 February 2019. It’s the longest running tournament series in the Asia-Pacific region and is held at the Crown Melbourne every year. An average of around 7,500 players are in attendance every series, with over 100 tables ready for action.

A total of 27 championship events have been scheduled for the 2019 series, one more than 2018’s 26 events. The winner of every event wins a gold ring in addition to their tournament winnings, while the Main Event winner is awarded a gold bracelet worth around AUD 25,000. See full tournament schedule here.

There is something in the series for players from all walks of life, with buy-ins starting as low as AUD 1,150, and satellites also available to the big tournaments. In the last series, a handful of Indian players were at the poker festival and with an amazing success of these players at the 2018 WSOP, we’re expecting an increase in that number.

The highlight of the series will of course be the AUD 10,300 Main Event, which will run between 27 Jan and 3 Feb 2019. 2018’s 800 entries was a record breaker and with plenty of time to market the series, this number could also grow. “The poker stage has never been brighter and the team at Crown have been hard at work to make next year’s event even better than the last,” said Crown Melbourne Tournament Director, Joel Williams.

Keep reading GutshotMagazine.com for a daily update on poker tournaments and leagues from around the world.