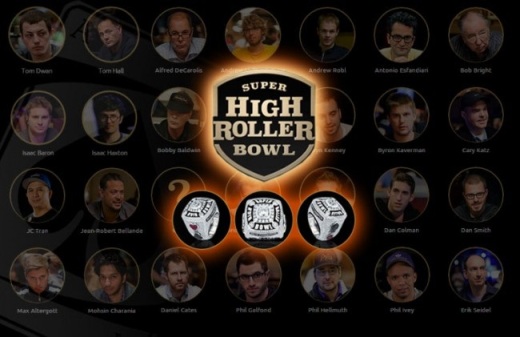 The 2018 Super High Roller Bowl will also be a $300,000 buy-in event, returning to the ARIA Resort and Casino, Las Vegas, for the fourth edition of this mega event. Poker Central announced in a press release that the event will take place between 27th and 30th May 2018 at the ARIA, and will be streamed on its premium streaming platform, PokerGO.

Registration to the 2018 SHRB opens on 1st March and players wishing to participate must put down a $300,000 non-refundable deposit, just like last year. The event has been scheduled to take place just before the world famous WSOP (World Series of Poker), making the popularity of this single event very high.

The event, however, will have a limited guarantee as the seats on offer are restricted to 48 – 30 for normal registrations and 18 reserved for VIP guest entrants. Those who want to be a part of the action will have to hurry up and register come 1st March. If the seats do fill up past 48 (as it happened last year), a lottery will take place to determine the final player list. If this lottery happens or no, the total prizepool is expected to cross $14 million, with the top place finish expecting a prize of around $5 million.

We will be bringing to you all major updates of the 2018 SHRB action from the ARIA, so keep watching GutshotMagazine.com!